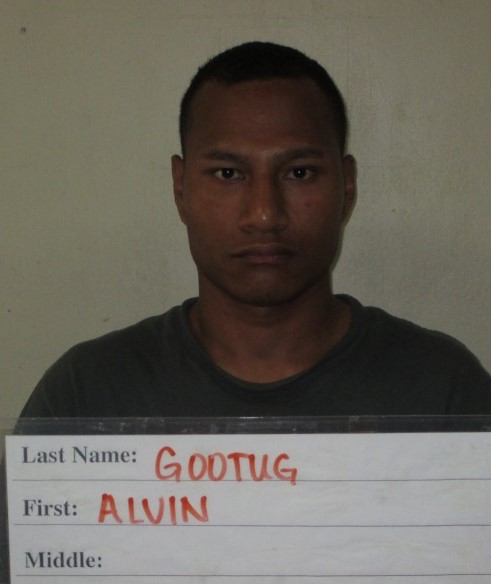 The husband is accused of choking his wife and kicking and stomping on her.

Guam- A fight over drinking beer led to the arrest of Alvin Gootug.

According to court documents, on July 21, Gootug arrived home after drinking at a coworker’s house. When he arrived, he allegedly asked his wife if he could go back to his coworker’s house to drink some more.

After his wife expressed that she did not want him to go back, Gootug allegedly became angry and he started to hit the victim, pushing her onto the bed and choking her. When the victim attempted to leave, police say Gootug pulled the victim causing her to hit her head on the wall before he began to kick and stomp on her.

Based on the accusations Gootug is charged with aggravated assault, strangulation, assault and family violence.