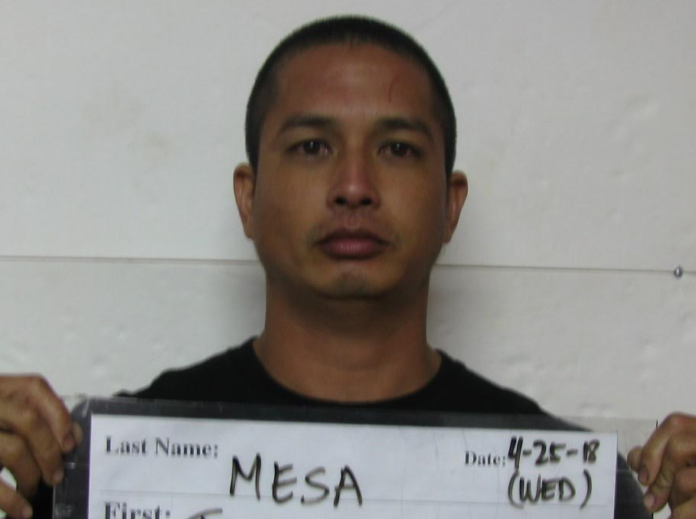 Guam – The man who’s suing the Guam International Airport Authority for damages after he was shot by Airport Police during a chase has now found himself in some hot water as he is facing drug charges in federal court.

Federal agents put a tracking device in the package and arranged for a controlled delivery. According to court papers, Mesa picked up the package from the delivery location, and drove off in his vehicle to another residence in Chalan Pago. While there, the tracker indicated that the package had been opened.

When agents went to inspect, they found Mesa and another individual, Jonathan Ninete, at the back of the residence, at which point authorities say Mesa ran into the jungle. It took authorities over an hour but they finally located Mesa who was hiding in the jungle with the beeper destroyed.

He was taken into custody and charged in District Court with attempted possession with intent to distribute methamphetamine and depredation to government property.

Mesa has a pending case in District Court involving the Guam International Airport Authority. He is suing them for $300,000 in damages for a 2016 incident in which an Airport Police Officer shot him in his lower extremities during a high speed chase.