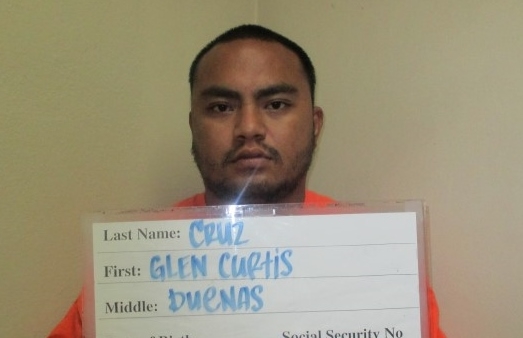 Police say they had to use a taser on Glen Cruz because he was yelling at police and threatening them when he tried to get through a road block.

Guam – While police were initially investigating the crash in Ipan Sunday night that killed 32-year-old Kantero Aled, a man had to be tased because police say he was yelling at authorities and getting in the way of the investigation.

Glen Curtis Duenas Cruz, 24, was arrested Sunday night a few minutes after the crash which was reported around 9 pm.

A magistrate complaint says that Cruz demanded that police let him through the road block. When officers told Cruz that they could not let him through because they were investigating a serious accident, police say he responded by yelling profanities at authorities.

The complaint states that Cruz however continued to yell at officers and approach them despite being warned that he would be tased. When he refused to comply, police were forced to use a taser on Cruz.

He was charged with obstructing government operations as a misdemeanor and disorderly conduct as a petty misdemeanor.