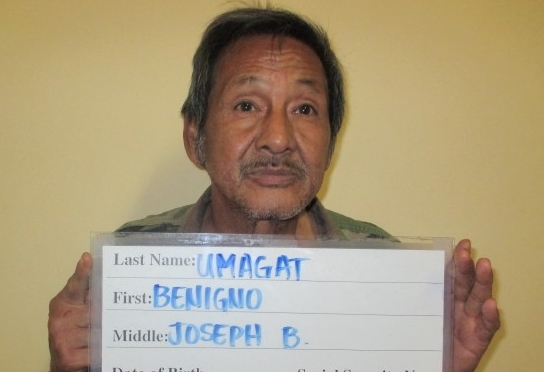 Police say Benigno-Joseph Umagat threatened to kill, rape and torture the police officer’s family when he gets out of prison.

Benigno-Joseph B. Umagat, 61, was charged with felony terrorizing with a special allegation of possession and use of a deadly weapon in the commission of a felony, assault on a peace officer as a third degree felony and disorderly conduct.

Police say Umagat threatened to kill his neighbors for “loitering.” He also allegedly made racial comments against them. Umagat’s neighbors are of Chuukese descent.

When police interviewed Umagat, he admitted to threatening his neighbors saying, “Of course I did what they say I did. I hate Chuukese.”

Police say that Umagat became belligerent as they were trying to subdue him and at one point Umagat tried to knee one of the arresting officers. He then began to threaten the officer and his family, according to court papers, making various statements that he would rape and kill his family and torture them.