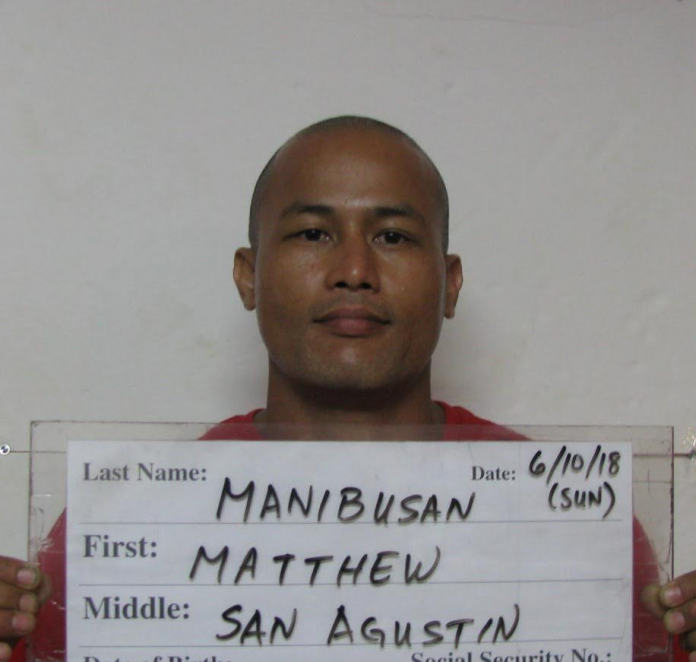 Guam – A man with a history of prior charges, has allegedly picked up new offenses after he assaulted his ex-girlfriend.

Mathew S.A. Manibusan, allegedly showed up at his ex-girlfriend’s home with a machete and demanded that she go with him. Court documents state that when she refused to follow him he grabbed her by the hair and dragged her outside the home while yelling, “You’re gonna die,” repeatedly.

The report also states that Manibusan slapped and punched the victim before he strangled her. Police officers state that injuries were visible on the victim.

This is not the first time charges against Manibusan have been filed or he was implicated in a crime, according to court documents in 2016 he was wanted for questioning relative to a robbery and home invasion.

In June 2016 he was charged with eluding a police officer, in August 2015 he was indicted on two counts of theft of property and in 2002 he was also charged with family violence, assault, and terrorizing.

In this recent case he is also charged with terrorizing, family violence and strangulation.