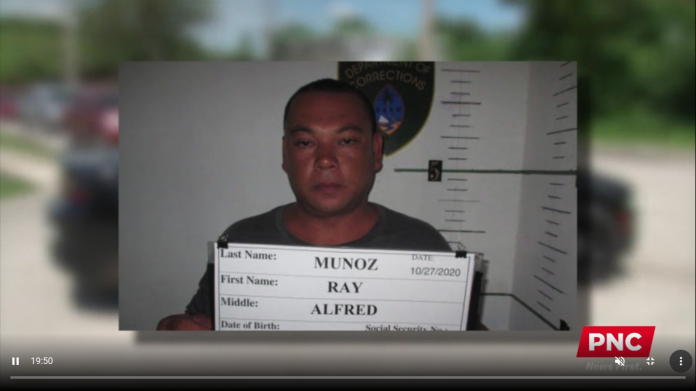 The man who surrendered to police after authorities announced he was wanted for assault is getting out of jail because there isn’t enough time to charge him.

Ray Alfred Munoz turned himself in to police Tuesday morning, He was arrested on offenses of assault and family violence. When GPD announced that they were searching for Munoz they characterized him as being a violent offender.

However, according to Department of Corrections Major Antone Aguon, Munoz was to be released from their custody today, on a Notice to Appear three years from the date of the NTA. The NTA was issued by the Office of the Attorney General.

The AG’s Office generally has 72 hours from an arrest to bring the defendant before the court and formally charge the individual. For Munoz, that time expires at 10:41 Friday morning and magistrate hearings aren’t held until 3 p.m.

Given the resources used to find Munoz, PNC reached out to GPD for comment on Munoz’s release. GPD spokesman Sgt Paul Tapao stated he doesn’t know why the AG didn’t charge Munoz. The resource and effort put out to the community was to assure that justice was brought to the victim.

The NTA means that Munoz is a free man, at least for now, as the AG can still charge him by the NTA date.

The AG’s Office, however, sent the following statement to PNC: “Direct contact between the victim and the OAG was made. Based on police reports and additional information subsequently provided, there is conflicting evidence about what occurred on Sept. 26, 2020, the date of the alleged incident. Based on the need to conduct additional investigation, a Notice to Appear was issued. The victim is aware of the status, and did not oppose or object to his release.”