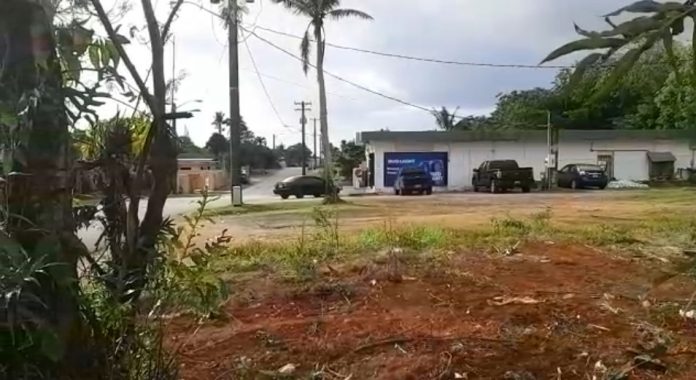 Guam police continue their search for a suspect in the reported rape of a 13-year-old girl in Dededo on Monday night.

The girl was on her way to the Papa Store mini-mart on Loreta Street shortly after 8 p.m. when she says an unknown man grabbed her from behind and forced her into the jungle area where the girl says he sexually assaulted her.

Dededo Mayor Melissa Savares told Newstalk K-57’s Patti Arroyo that the incident happened near her home and she recalls hearing a young girl scream and dogs in the area all began barking.

“The neighborhood is up in arms,” said Mayor Savares, “everyone came out on the street.”

According to a release from GPD spokesman Sgt. Paul Tapao, the girl told police she struggled with the man and was able to free herself. She then ran home and reported the incident to her family.

The girl was taken to Guam Memorial Hospital for an evaluation and treatment.

Officers from the Dededo precinct command canvassed the area but they were unable to locate a suspect.

The girl described the man as being possibly Chuukese, with a slim build, standing 5’7″, in his early 30’s, dark-complexioned, and having a mustache.

All calls will remain completely confidential and a cash reward of up to $1000 could be paid if the information provided leads to an arrest and a grand jury indictment.