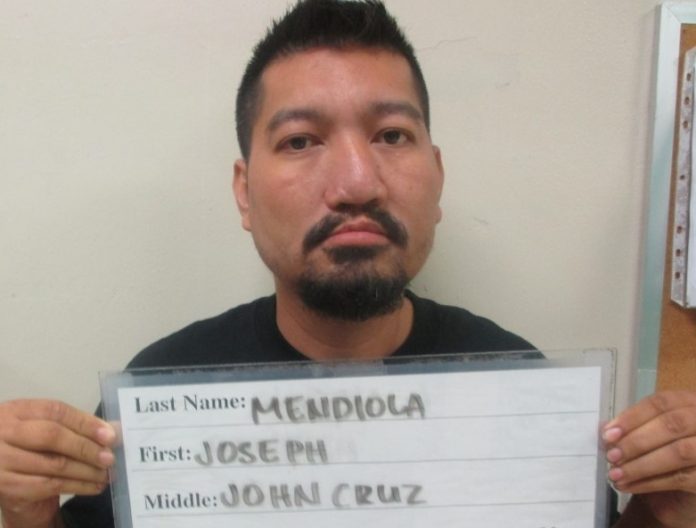 Surveillance images taken of the suspect were posted on social media, leading to Joseph Mendiola’s arrest.

Guam – A man who was wanted for robbing a game room at gun point about a week ago is now behind bars, thanks to the quick action of social media.

Joseph John Cruz Mendiola was arrested after a wanted poster was issued by police. The owner of the Game Time game room also posted images of the suspect taken from surveillance footage onto Facebook.

Police say the 40-year-old Mendiola entered the game room on April 10, approached the cashier, pointed a black pistol at him and demanded money.

A magistrate report states that Mendiola then ordered the cashier to get down on the floor. Mendiola took off with about $1,500, according to police.

When Mendiola was first interviewed, he admitted to being the individual seen in the surveillance footage, but denied committing the robbery.