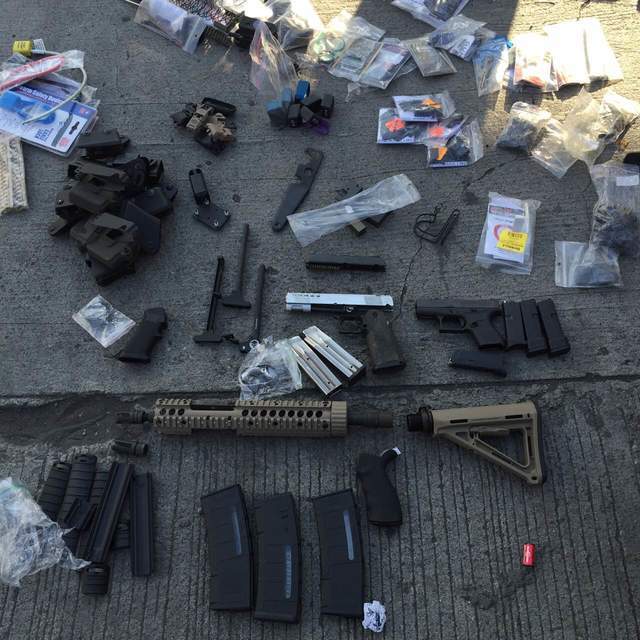 The suspect was arrested on Guam on Nov. 17.

Guam – A fugitive wanted by authorities in California on illegal firearms charges involving shipments to Mindanao Philippines was arrested on Guam.

Elmer Cuares was indicted in the Northern District of California on gun smuggling charges with an arrest warrant pending since September. He was taken into custody on Guam last Friday and will be extradited to California.

According to an indictment, in May 2015 Cuares shipped three handguns and an assault rifle out of California without the proper license to do so. Those firearms ended up in Mindanao, Philippines, according to Philippine media.

Citing the Philippines Bureau of Customs, the firearms arrived disassembled and hidden inside of two tractors and a Harley Davidson motorcycle.  The vehicles arrived in a 40-foot container which also contained other items such as flashlights, tool boxes, and other metal objects.

When Cuares was finally identified as the alleged smuggler, authorities noted he was an airplane mechanic with JetBlue Airlines and was also a retired U.S. Air Force serviceman.

In court last Friday, Cuares was released from custody and ordered to report to the U.S. Probation Office if he is to stay on island past the weekend. He has until December 19 to surrender in California.