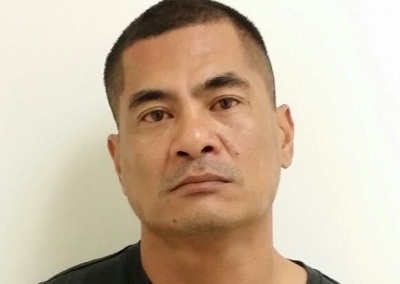 Anthony Pangelinan Santos was arraigned yesterday and has entered a plea of not guilty. According to a magistrate’s report, on May 7th at about 6:30 in the evening, after he was ordered to stay away from the victim, Anthony Pangelinan Santos ignored the court order and allegedly assaulted his ex-girlfriend in her home in Dededo in front of her 7-year old son. Santos was charged with aggravated assault, family violence, terrorizing, family violence, and violation of a court order.