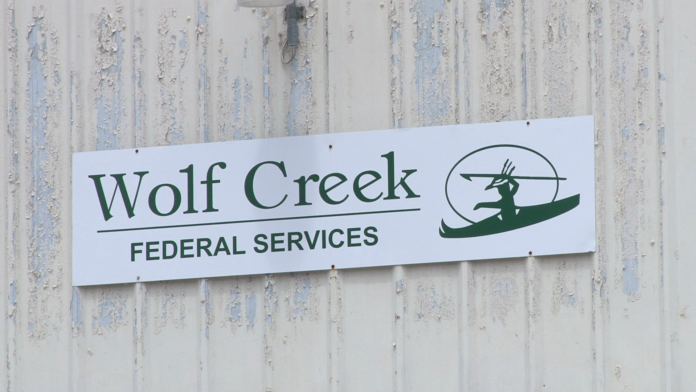 Guam – A civilian worker for the U.S. Air Force is taking military contractor Wolf Creek Federal Services to court after the worker developed a debilitating disease that was caused by a rat infestation in his home.

The plaintiff, Keith Parrish, is suing for a minimum of $1 million.

Parrish was transferred to Guam in August 2015 as a project manager with the U.S. Air Force. About a month later he moved into military housing inside Andersen Air Force Base and within a few days of living in the home, Parrish sought service on the air conditioning unit. He wanted it cleaned out because he was beginning to experience allergy problem.

That request was denied, according to Parrish and the reason contractor Wolf Creek gave? They had “maxed out amount of funds they could spend on a single house in a 12-month period.”

The next few months became a living hell for Parrish who says he was in and out of clinics and hospitals with allergy problems.

He tried to his best to manage the situation, first requesting to at least have his carpet removed, then requesting to be relocated to a different house altogether. By November 2015 he moved into another unit inside the base even if it meant he had would have to fork over $900 for the move.

But that second unit was just the same, if not worse as Parrish’s condition worsened. After a month of living in the second house, Parrish was forced to go the emergency room of Naval Hospital.

After numerous pleas and requests for Wolf Creek to address the problem, and even with doctors’ notes indicating unsanitary conditions are to blame, Parrish says the contractor never cleaned the air conditioning unit.

Parrish’s wife, Lana, joined Parrish in January 2016 and she too began to develop allergies.

Then in May that year, Parrish’s health took a turn for the worse. He spent 12 days at Naval Hospital where he was diagnosed with leptospirosis caused by the hazardous condition of his home.

Leptospirosis is a bacterial infection that is transmitted through the urine of an infected animal. It’s often found in rats and other rodents.

“Keith’s developing Leptospirosis was a direct result of exposure to rodent excrement and urine through the air conditioning systems in the housing managed by Wolf Creek,” court papers say.

The Parrishes were so afraid to return to their house, they rented out a unit at Navy Gateway Lodging for nearly two months.

Again, Parrish says Wolf Creek ignored the doctors’ suggestions to move the couple to a cleaner house, possibly off-base. But because the couple didn’t qualify for Navy housing, they had to make a special request with the Naval Base Housing Board. The request was granted, but it took several months to process so the couple had to endure another two months of living in their rodent-infested home.

The Parrishes are now suing for $1 million in damages, plus other damages such as emotional, mental, punitive, special, as well as for attorneys’ fees.

Parrish says the contraction of leptospirosis has damaged his heart and other organs in his body and as a result, his earning capacity has been reduced and his life expectancy has been shortened.

The lawsuit says Wolf Creek’s actions were “oppressive, malicious,” and that they “subjected plaintiffs to cruel and unjust hardship in willful and conscious disregard of plaintiffs’ rights and safety.”

Wolf Creek defense attorneys have filed a notice of removal to transfer the case from the Superior Court of Guam to the District Court of Guam.

The agency has not yet filed a response to the complaint.