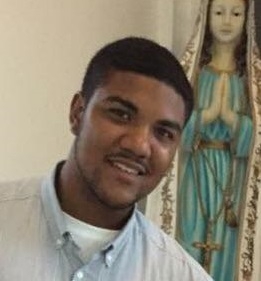 Guam – A man passed away early this morning after his vehicle ran off the roadway and struck a tree.
According to Guam Police Department Spokeswoman Captain Kim Santos, police officers responded to the incident on Route 2 near Fanille Drive in Agat at around 12:42 am. Santos stated that a silver Toyota Corolla, operated by a single male individual, was traveling north on Tun Leon Street when the vehicle encroached into the on coming lane, ran off the road way, and struck a large tree. The man was partially ejected through the windshield and was pronounced dead on arrival.
The island’s Medical Examiner Dr. Aurelio Espinola identified the man as 21-year-old Mitchell Torre. Espinola said an autopsy was conducted earlier this afternoon and determined that the cause of death was from injuries sustained from the accident.
Torre’s girlfriend Katrina Paulino describes Mitchell as a very happy and caring person and most especially a great father to his children.