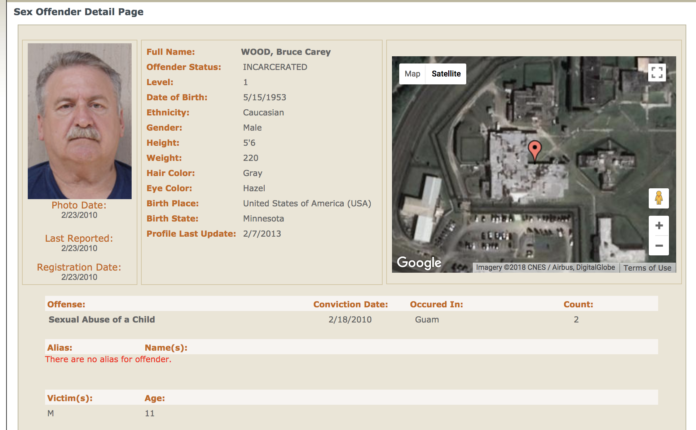 Guam – A man who was convicted of raping an 11-year-old boy in Okinawa in 2009 and is incarcerated in federal prison will be released next month.

But because he has no ties to Guam, the federal government will arrange for him to have free housing while he transitions out of Guam.

Bruce Carey Wood, 64, was working as a civilian employee under the US military at a base in Okinawa when he raped the boy. He took a plea deal and was sentenced to 10 years imprisonment in Guam.  But upon his release next month, Wood will likely be homeless, so the U.S. Probation Office is agreeing to house Wood in temporary housing using funds from the Second Chance Act.

Carey will use this time to arrange for a U.S. passport and has indicated that he would like to return to his wife in Okinawa.