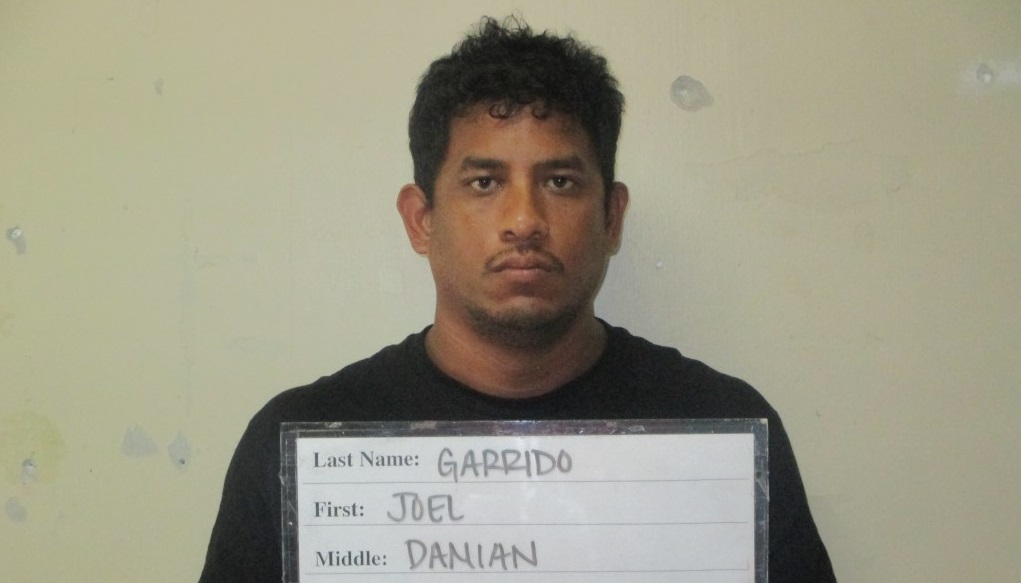 The suspect was apprehended at a scheduled meeting with the victim, which authorities allege was arranged when a complaint was being filed.

Guam – According to court documents the victim was physically assaulted by her boyfriend Joel Garrido. The victim told police that she was driving when she noticed that Garrido was following her with his vehicle.

Court documents further allege as the victim was filing a report with authorities, Garrido called her cellphone and agreed to meet at Kmart. Police apprehended Garrido at that scheduled meet. Upon his arrest, police say Garrido told them the victim owed him money and he wanted payment.

He is charged with Robbery and terrorizing with a special allegation of use of a deadly weapon during the commission of a felony.

Garrido was booked and confined.