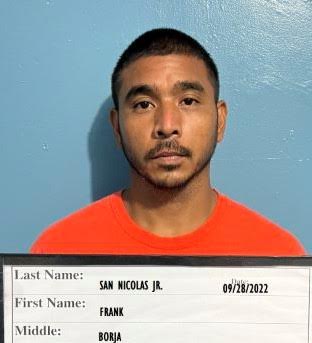 The man who robbed Jose Rios Middle school was found and arrested.

Reporting on this story is PNC’s Don Sulat.

PNC previously reported that the middle school was robbed for the 5th time this month over the weekend.

GPD says that through multiple interviews along with evidence, they were able to identify, locate and arrest San Nicolas.

According to GPD, San Nicolas admitted to not only burglarizing a residence in Piti but also robbing Jose Rios on multiple occasions, along with GDOE’s warehouse.

Department of Correction Records shows that San Nicolas was arrested earlier this year for a similar crime of Criminal Trespass.

According to GPD San Nicolas was arrested for the following:

and Crimes Against the Community.

San Nicolas was booked and confined at DOC.