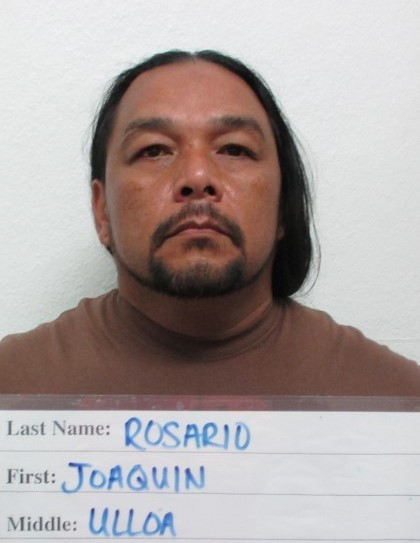 Rosario worked with a man in San Francisco to smuggle ice into Guam back in 2014.

Rosario took a plea deal back in May admitting that he worked with a drug dealer from San Francisco to smuggle ice into Guam. Rosario worked with this unnamed defendant on several occasions in which the California man was used as a drug mule for ice.

On one occasion, the man was stopped by homeland security agents in San Francisco as he was about to board a flight to Guam. The San Francisco man was found with 500 grams of ice inside his body that Rosario was supposed to receive upon his arrival to Guam.

So the feds set up a sting operation on Guam and arrested Rosario near the Guam airport. A search of his vehicle revealed $15 thousand in cash and 48 grams of ice. A further search of Rosario’s home produced $80,000 in cash, 28 grams of ice, a firearm, ammunition and western union receipts.

Rosario admitted in his plea agreement that he realized he could make a profit through the drug trafficking trade because the price of meth in California was much cheaper than it was on Guam back in 2014.

Court papers state that the ice found in Rosario’s vehicle tested with 100 percent purity level while the ones found in his home tested between 96 to 99 percent pure. The ice recovered from the San Francisco man at the airport was only 60 percent pure.