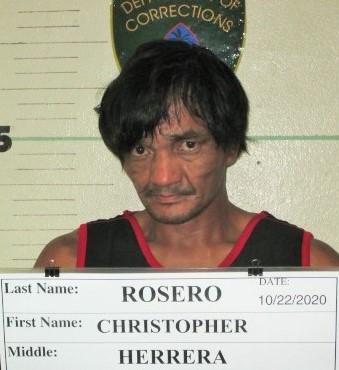 A man who was arrested last month for harassing two minor girls is back behind bars.

Department of Corrections records indicate that Christopher Herrera Rosero was arrested on October 22, for the following offenses:

At this time the details of the arrest have not been made public as Rosero has not made his first appearance before the Superior Court of Guam.

Rosero was arrested in September for harassing two girls under the age of 12.

In that case, a witness told police that a male individual threatened the children by saying “you better run or I will rape you,” and then followed the children as the ran away

Rosero was located at a Tamuning apartment and was questioned about the incident.

The complaint states that he “denied
noticing anyone fighting or yelling and said “I didn’t do anything”. Defendant did admit that
“Yes. I saw two girls by the bridge.” Police noted that Defendant’s pupils appeared dilated and that he was sweating in the patrol vehicle even though the air conditioning was on.”

For the September case he was charged with two counts of harassment and one count of disorderly conduct.

Rosero was on pre-trial release when he was picked up for the new offenses.