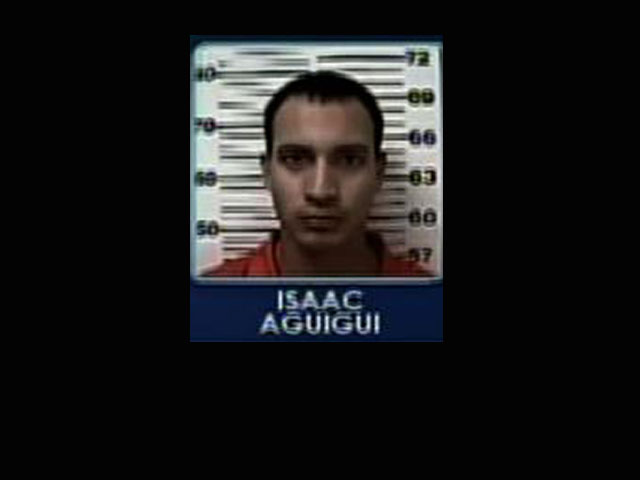 Guam – A man with ties to Guam was alleged to have been involved in an anarchist militia group made up of former and active military members who plotted to assassinate the president and blow up the Washington Dam.

ABC News Affiliate in Savanha Georgia WJCL TV reports that Pvt. Isaac Aguigui, 25, along with three other members of the terror group called F.E.A.R, or Forever Enduring Always Ready, purchased about $87,000 worth of assault weapons such as guns and bombs. Aguigui is reportedly the leader of the militia.

Prosecutors say they discovered the anarchist group upon deeper investigation after the four were arrested in December 2011 for the murder of their comrade Michael Roark, 19, and his girlfriend, Tiffany York, 17. The three other suspects accused of the double murder are Pfc. Michael Burnett, 26; and Sgt. Anthony Peden, 25; Pvt. Chistopher Salmon, 25.

According to prosecutors, the four murdered Roark, who had just been discharged from the military a few days earlier, to protect their terror organizaton and keep their plans secret.

Aguigui’s grandmother, Gloria Aguigui, tells PNC News that her grandson has never been to Guam and grew up in a military family often moving from base to base.

Gloria Aguigui says she was shocked when news broke about her grandson.

“I’m out of words about that kid. I cannot say anything because I know he’s not a bad kid … I look at him as the most helpful one in the family … but what motivated him, I don’t know,” says Gloria Aguigui.

The last time she saw her grandson was a few years ago, she says, when she invited Isaac and his siblings for a farewell dinner for Isaac before he was to leave for Georgia to be stationed there.