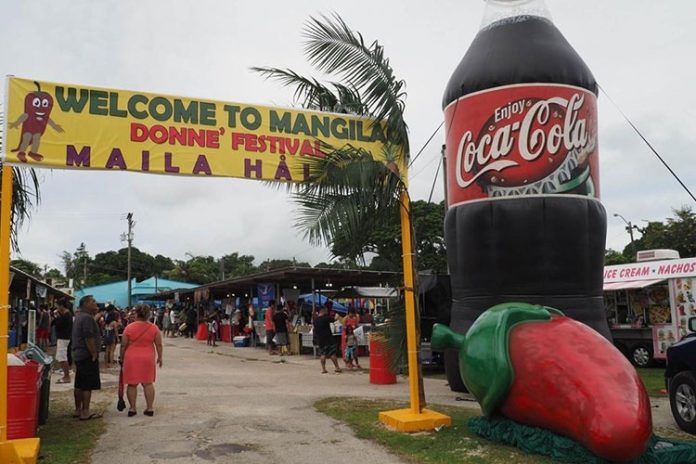 If you drive through Mangilao, you might have noticed something missing – as the village’s iconic marker – the large donne pepper was apparently stolen in broad daylight

According to a complaint made yesterday – at 1 pm, the pepper was last seen around 10 am at the front entrance of the Mangilao Night Market.

In an interview on Newstalk K57 with Patti Arroyo, Mangilao resident and Donne’ Festival coordinator Jenei Aguon, talks about how the iconography represents the village, “It’s really a symbol of the village, but it’s really a symbol of the hard work of all the coordinators from the Donne’ Festival, the vendors. Like I said, it was in 2017 when we got that. When our mayor, Mayor Allan became our mayor in 2016 when Mayor Nito stepped down. It was just like a new era in Mangilao.”

According to GPD, the pepper weighs about *700-800 lbs and is made of fiberglass material.

The pepper, originally donated by Chili’s, represents the community and according to Jenei was disrespectful to residents, coordinators, and the village as a whole.

According to GPD, as of 10:30 am today, the pepper has not been recovered. If anyone has any information regarding the crime, you are urged to call GPD or the Mangilao Mayor’s office at 671-734-2163.

*This article has been edited.