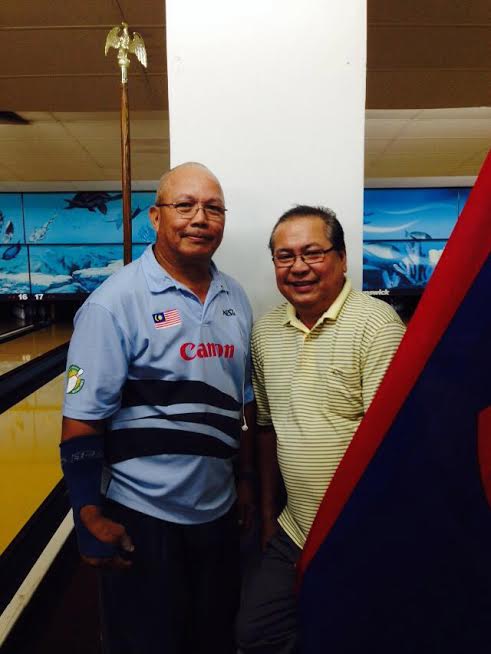 Tamuning, Guam – Ray Manibusan continued his winning ways following up his victory in the Guam Senior Bowlers Annual Championship with the March Senior Bowler of the Month. Just like in the championship game he shrugged off an open in the first frame and scored 7 seven strikes to go along with a solid spare game to beat Nestor Valencia 220-187 (+8 handicap) for his second straight title I less than a month.

Manibusan led after the 6 game qualifying rounds to enter the shoot-out playoff for the championship.

Having to go through upsetting former champions Pinaula and Tagle back-to-back took a lot out of Valencia who now faced Manibusan. But the strikes stopped and coupled with two open frames, Valencia saw that Manibusan took advantage of the bye rounds waiting to bowl in the semi-finals to hone his game and eventually win the title.

The next contest in this year’s senior bowling calendar will be the Guam Senior Bowlers Federation 5th qualifying round for the 2014 ASBC Tournament on March 30th at Central Lanes at 10:00 A.M. The ASBC tournament will be held later this November in the Philippines.