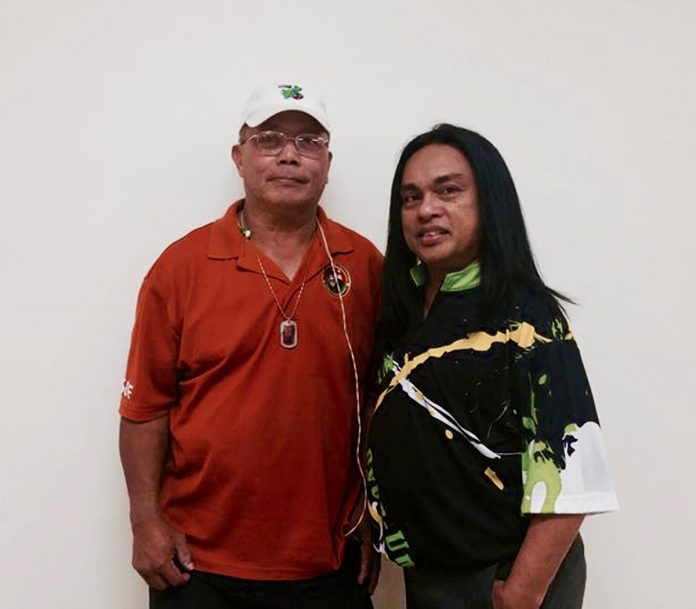 TAMUNING, GUAM – Even the great ones make mistakes. Second seed veteran senior bowler Manny Tagle’s narrow spare miss in the 10th frame in the championship round was inconceivable. But yes it happened. The open frame was the opportunity top seed Ray Manibusan needed to recover from three straight open frames and with three thunderous strikes lay claim to the 2015 Guam Senior Bowler of the Year crown.

The final senior tournament of the year was not without more dramatic moments as 10th seed Ben Taimanglo had to survive a 2 frame roll-off with  Kathy Mandapat to get to the shootout rounds. Both shootout brackets resulted in narrow victories as 8th seed Terry Roberto took a 2 pin victory over 6th seed defending champion Norison Catbagan and Taimanglo while 7th seed Alex Kloulubak got past 5th seed Nestor Valencia and 9th seed Rick Torres.

The semi-finals proved to be the setup for the grand finals as both Manibusan and Tagle romped over Pangelinan and Toledo respectively to move to the championship series.

The championship format was the best of three games where whomever won two games first would take the title. Manibusan drew first blood by winning the first match 196 – 162 including handicap. But just as it looked as if Tagle would force a third game when the improbable happened with the missed spare in the 10th frame. Manibusan regained his composure and came through in dramatic fashion with three powerful strikes and the much needed second win to notch his first Senior Bowler of the Year title and an automatic place in the 2016 finals.

The next focus for Manibusan and fellow senior bowlers will be entering preparatory competitions for the 2016 Asia Senior Bowling Championship in Seoul Korea.