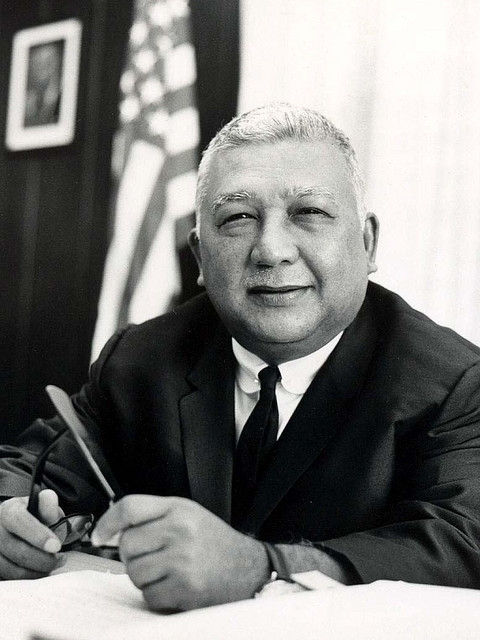 Governor Guerrero Known For Helping Guam Begin to Govern Itself

Guam – There are plans to demolish the old Department of Administration building in Hagatna. The building is named after the late Governor Manuel F.L. Guerrero, but who was Governor Guerrero? PNC spoke with UOG professor Dr. Michael Lujan Bevacqua who explains that Guerrero could be considered the father of Guam’s local government.

“It’s really unfortunate that a lot of people don’t know more about Manny Governor Guerrero Manny Guerrero. He was somebody who really helped Guam transition from the colonial government days to sort of something where we have the limited self government that we have today,” said Dr. Bevacqua.

Governor Manuel F.L. Guerrero was the second Chamorro to be appointed Governor of Guam by the U.S. and it is Guerrero who the Department of Administration building Hagatna is named after. There are currently plans to demolish this building which sits across the street from the Hagatna police department. We spoke to UOG Professor Michael Lujan Bevacqua to find out more about the historical significance of the late Governor Guerrero.

“Joseph Flores was the first sort of locally Chamorro appointed governor at that time but he served for a very short period. Manny Guerrero when he was appointed by JFK and later by LBJ he was sort of the first long term local governor and during his time he showed an incredible amount of leadership,” said Dr. Bevacqua.

The UOG Professor says that Guerrero was also known for rebuilding Guam after typhoon Karen. Guerrero was acting Governor at the time and he was able to put together plans that helped to rebuild Guam after typhoon Karen. “Under his leaderships GEDA was started to help build economic investment in the island. Under him the Department of Administration appeared the Port Authority of Guam the Guam Telephone Authority like he really helped formalize a lot of the government structure,” said Dr. Bevacqua.

Bevacqua says that Governor Guerrero could be considered the father of GovGuam. “If you could say anything about his legacy it would be that he really helped us transition from having outsiders govern to having locals govern,” said Dr. Bevacqua.

The pictures in this story were provided by the Micronesia Area Research Center. You can also learn more about Governor Guerrero at Guampedia.com.