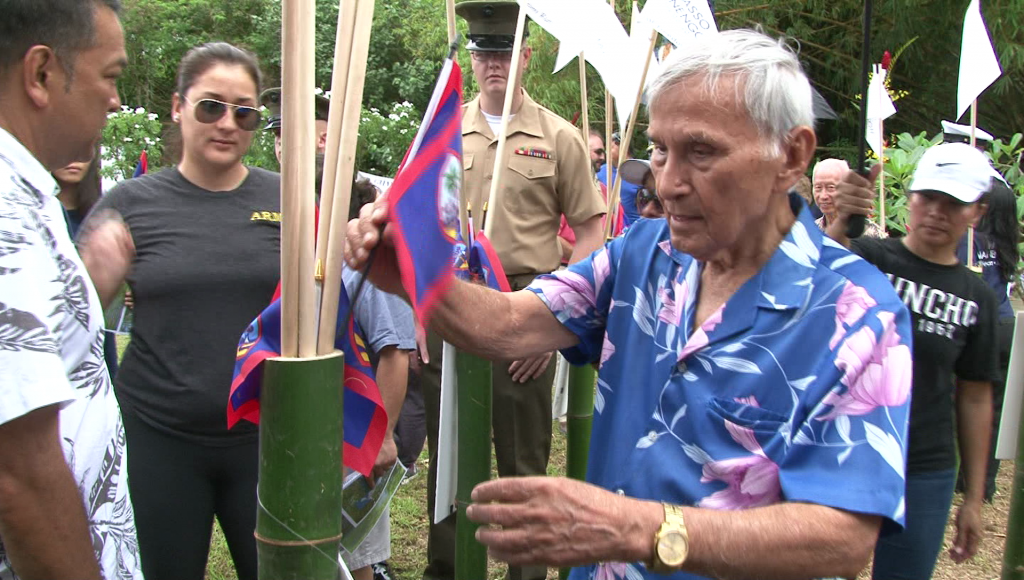 Several dozens of Guam’s war survivors attended the annual march to Manenggon to commemorate those who suffered during World War II.

Guam – This past weekend was marked by some painful memories for several of our island’s manamko’ as the annual march to Manenggon was held to commemorate those whose lives were forever changed by World War II.It was 73 years ago when our island’s

It was 73 years ago when our island’s manamko’ marched this same path, for some only to see their final days, others to be subjected to such unimaginable pain. On Sunday, some of those who escaped death once again marched but this time it was a peaceful march and the only pain that existed were of memories from a distant past.

The 73rd Manenggon Memorial Commemoration was held in Manenggon Valley which began with a memorial freedom run at several starting points throughout the island. Runners and marchers then converged at Ylig Bridge to begin the final walk to the main site at Manenggon.e are here today to honor everybody who suffered through world war 2 we are here to honor those who are no longer with us 28 we do this in your honor, whether you are

Once a site of horror and massacre where 21,000 of Guam’s men, women and children suffered at the hands of Japanese soldiers, Manenggon is now the site of peace and tranquility while the legacy of those who are no longer with us today continue to be honored by those who lived to share their stories and pass them down through generations to come.