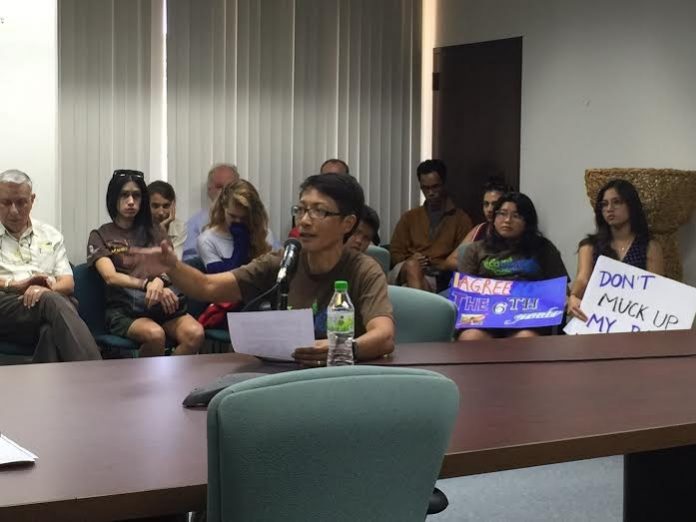 GEDA board plans to hold roundtable discussion on the matter with all stakeholders.

Guam – Opponents of the proposed Tumon flood mitigation project told the Guam Economic Development Authority Board that the current plans are bad for the environment.

GEDA is working on a HOT bond funded project to create a drainage system in Tumon that would take care of the flood problems that have been plaguing the island’s hotel district. However, opponents of this plan say that the current designs which involve discharging flood waters out of one large ponding basin into a single point on Tumon bay would harm the bay’s ecosystem. “It’s a shallow partially enclosed embayment it doesn’t flush that quickly that information is probably known so it’s going to be a long time before that muddy water that mucky water is going to be sitting there and it will kill the coral there’s no question about that we’ve already seen that happen,” said UOG Coral Biologist Laura Raymundo adding, “Acute events like this even if they only happen a couple times of year could absolutely wreak havoc on that ecosystem.”

GEDA board chairman EJ Calvo told those who testified that they would arrange for a round table discussion with GEDA’s consultants who came up with the Tumon flood plan.