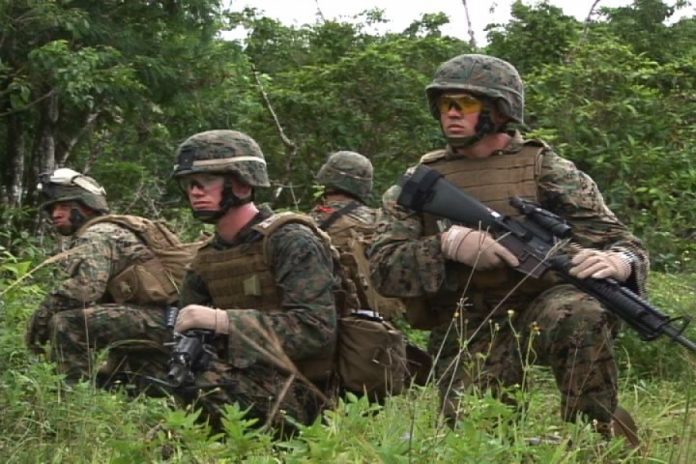 NAVFAC Marianas has awarded a $164.89 million contract for the design and constructin of utilities and site improvements for the future Marine Corps Base Guam.

Guam – A major award has been made that advances the military buildup on Guam. The Naval Facilities Engineering Command Pacific awarded a contract to Granite-Obayashi for the design and construction of utilities and infrastructure for the main cantonment area of the future Marine Corps Base Guam.

The marine cantonment will be located on the Navala Computer and Telecommunications Site (NCTS) Finegayan. According to a release form NAVFAC Marianas this award “marks a critical step in moving forward with the relocation plan that has been 12 years in the making.”

The contract was awarded in support of the Defense Policy Review Initiative and was funded by the Government of Japan as part of the International Agreement between the United States and Japan.

The award of this contract marks a critical step in moving forward with the relocation plan that has been 12 years in the making.

“This effort is a big step in strengthening Guam, as part of the Marianas strategic hub, ensuring the Marine Corps’ ability to sustain a forward presence within the Indo-Asia-Pacific region,” said Lt. Gen. David Berger, commander, U.S. Marine Corps Forces Pacific. “Historically, the Marine Corps has played an essential role in our nation’s ability to deter adversaries and defend, as well as strengthen the capabilities of our partners and allies within the region. We are as committed as ever in maintaining that role and responsibility.”

The project will prepare a site of approximately 400 acres within the current NCTS boundary for future vertical construction projects for operational, administrative and bachelor housing structures that will comprise the new Marine Corps Base.  The contract includes utilities, roads and other infrastructure in anticipation of follow-on construction projects starting in fiscal year 2020.  The scope also includes clearing the site of unexploded ordnance and munitions of explosive concern. The construction will be executed employing green waste and storm water management, mitigation of historic properties, and conservation measures for threatened and endangered species.

“This project exemplifies our commitment to both environmental stewardship and the defense of our nation,” said NAVFAC Pacific Commander Rear Adm. John Korka. “Our goal in designing and building this project is to balance the commitment to the environment with the mission to relocate Marines to Guam.”

This contract was competitively procured via the Federal Business Opportunities website with seven proposals received.