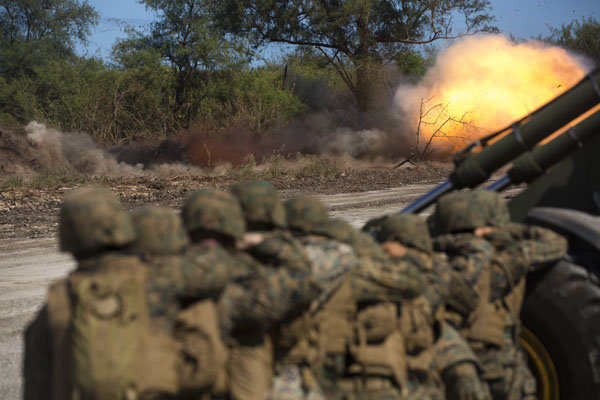 FF II is a joint exercise designed to employ and assess combat power generation in a deployed and austere environment.

““This training prepares for real world operations in the event that we have to set up a landing field on an island and fight pretty much anywhere,” said 1st Lt. Taylor Keithley.

The Marines are a combination of combat engineers, heavy equipment operators, and drafting and surveyors with MWSS-171.