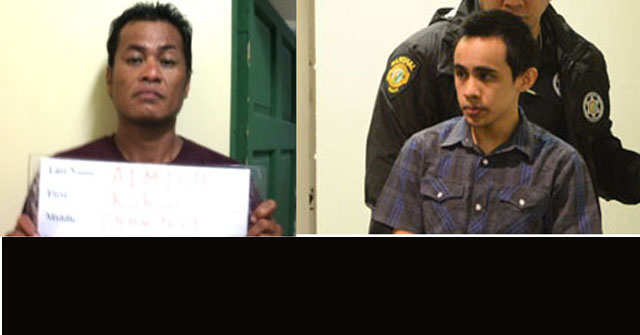 According to the Magistrate report, Masaru admitted to hitting DeSoto saying “I punch his face. I tell him ‘Why you kill Japanese people … I hit him one time only”

Masaru claims that DeSoto responded by saying that he did it because “he’s tough.”

DeSoto filed a complaint against Masaru Monday saying he’d been hit 3 times. DOC physician Dr. Raja Saad examined DeSoto and found that he “suffered contusions to his face and scalp.”

According to the Magistrate report, the incident occurred about 2:40pm after a DOC Officer had opened DeSoto’s cell door and told him that a vehicle had arrived to take him to Superior Court.

DeSoto “hastily exited his cell without being instructed to do so” and he “headed down range to the control room” when Masaru came out of the Day Room and approached DeSoto.

Earlier this week, Department of Corrections Director Jose San Agustin said an investigation had been launched into the incident. Masaru he said is being detained on a drug charge.