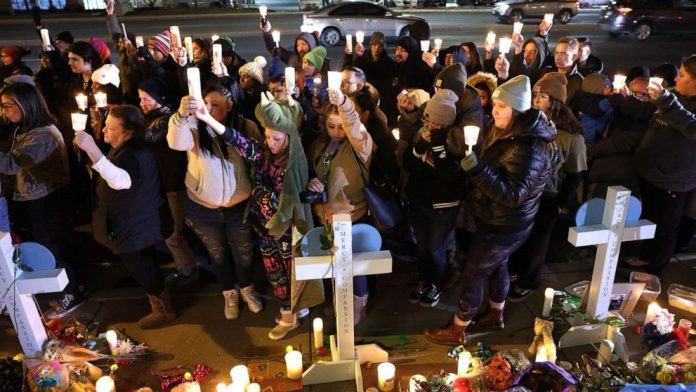 The suspected gunman, identified as 22-year-old Anderson Lee Aldrich, allegedly began shooting as soon as he walked into Club Q, according to Colorado Springs Police Chief Adrian Vasquez, who spoke to ABC News.

Aldrich, injured and in the hospital, was arrested in 2021 for a bomb threat incident and now faces five counts of murder and five counts of bias-motivated crime causing bodily injury, Colorado’s hate crime law. He will be released to authorities upon the determination of medical personnel.

Amid the horrific event on the eve of the annual Transgender Day of Remembrance, authorities credited Thomas James and Richard Fierro for saving more lives threatened by Aldrich—deeming them heroes for confronting and fighting with the gunman.

In a statement regarding the mass shooting, President Joe Biden said, “the LGBTQI+ community has been subjected to horrific hate violence in recent years. ..Places that are supposed to be safe spaces of acceptance and celebration should never be turned into places of terror and violence. Yet it happens far too often,” Biden said. “We must drive out the inequities that contribute to violence against LGBTQI+ people. We cannot and must not tolerate hate.”