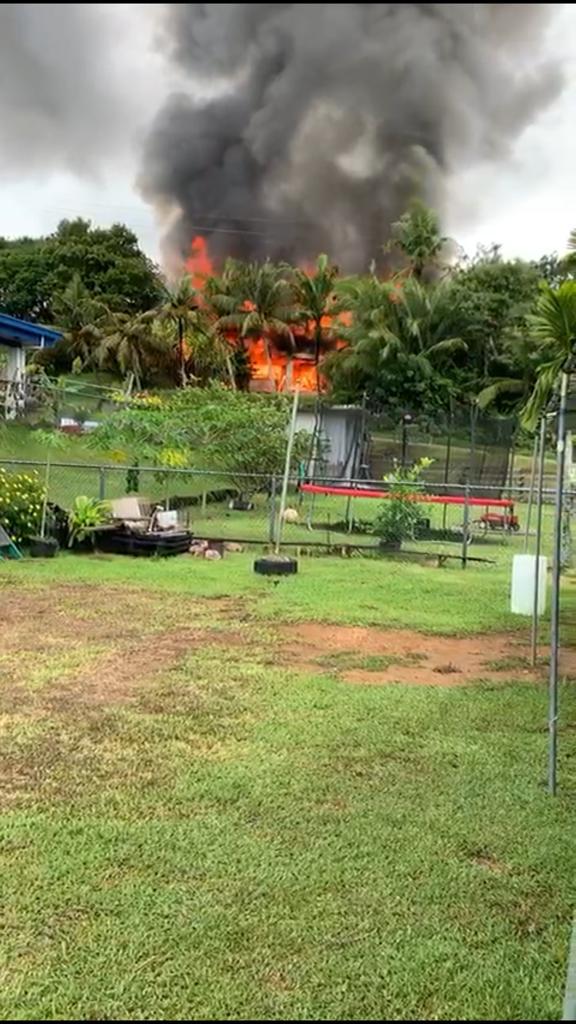 A semi-concrete structure was fully engulfed in flames by the time fire crews arrived. The structure is said to be a house.

GFD spokesperson Kevin Reilly had indicated that it was an abandoned structure. However, an update from Sinajana Mayor Robert Hofmann proved otherwise.

Hofmann told PNC News that the home is only unoccupied at the moment, not abandoned, as the owner is off-Island in the continental U.S. and planning to return after the COVID-19 crisis passes.

Fire crews received the call at around 9 am Monday and while crews remained on the scene for most of the morning, Reilly said that the blaze was under control by 10:05 am.

Fire Engine Companies from Tamuning, Barrigada, and Yona responded, along with rescue 2 from the Hagatna Marina, an ambulance from Barrigada and an Advanced Life Support unit out of Sinajana, according to Reilly.

There were no injuries reported.