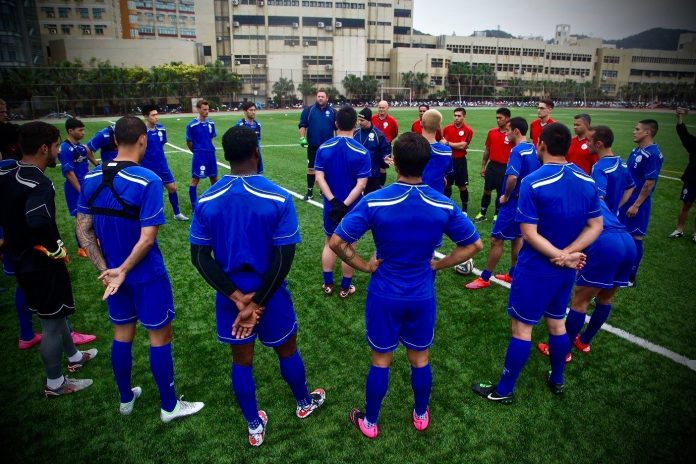 “The match against Chinese Taipei is a good test for our team ahead of what is an important game in Oman,”

TAIPEI – The Matao have gathered in Taipei and knocked off some cobwebs at their first training session as they prepare for Saturday night’s international match with Chinese Taipei.

Despite the 21-strong group coming from four different nations and numerous time-zones they hit the training ground at a university campus on the outskirts of the capital to start preparing for what’s being billed as a regional ‘grudge match.’

With Guam having gone undefeated in their past three matches against the hosts, Chinese Taipei will be desperate to try and turn around that record, a fact not lost on captain Jason Cunliffe.

“This is my third time playing here and we’ve always had good battles with Chinese Taipei so we know we’ll be in for a tough match come Saturday but this is exactly the kind of preparation we want and whether it’s a qualifier or a friendly match we always go in with the same mentality and that’s to win.”

Whilst regional pride may be at stake on Saturday, the bigger picture for the Matao is Mar. 24 when the team plays its final Round 2 match in the 2018 FIFA World Cup Russia and AFC Asian Cup UAE 2019 Joint Preliminary Qualification against Oman. Both teams battled to a scoreless draw in the teams’ first fixture on Sept. 8 last year at the Guam Football Association National Training Center.

“The match against Chinese Taipei is a good test for our team ahead of what is an important game in Oman,” said head coach Gary White.

“Football in Chinese Taipei has been improving a lot recently and we know this should be a good match as they’ll want to try and turn around some of our recent results.

“For us, though the focus for this match and the camp is to make sure we’re ready for Oman; we’ve had a couple of new faces join the squad and I’ve already noticed a really strong mentality amongst the group.”