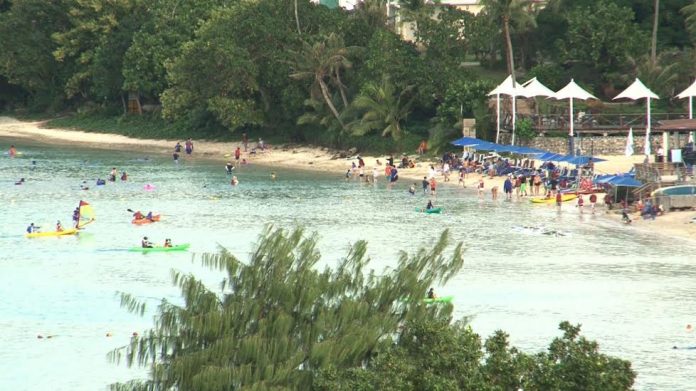 Mostly thanks to events such as the PATA Summit and FESTPAC.

According to GVB’s report, Guam welcomed about 114-thousand visitors in May 2016,achieving the first double-digit growth in arrivals this year and making Mannual Summity 2016 the third best May in history. Significant events also helped attract more visitors to Guam during Tourism Month. GVB General Manager Nate Denight says these events are a big contribution to the increase in visitor arrivals, such as the Pacific Asia Travel Association, the Festival of the Pacific Arts, and the Guam Live International Music Festival. GVB’s Research Department calculated a 20% spike when compared to the same time period in 2015.

Denight says, “Our number one market is still Japan and we’re doing a lot of work with Japan. There were challenges with the weak yen but the yen is getting stronger. Korea continues to be an all-star, we’re up 45%. China was double of last year with 85% increase and Philippines was over 100% compared to last year. Those diversification efforts are definitely helping us as well. With FESTPAC and PATA Annual Summit, we had visitors coming from around the world so numbers in Europe, Australia and Micronesia were all up because of those signature events.”
Denight says to look forward to another new GVB signature event coming up this summer called the Beach Fest.