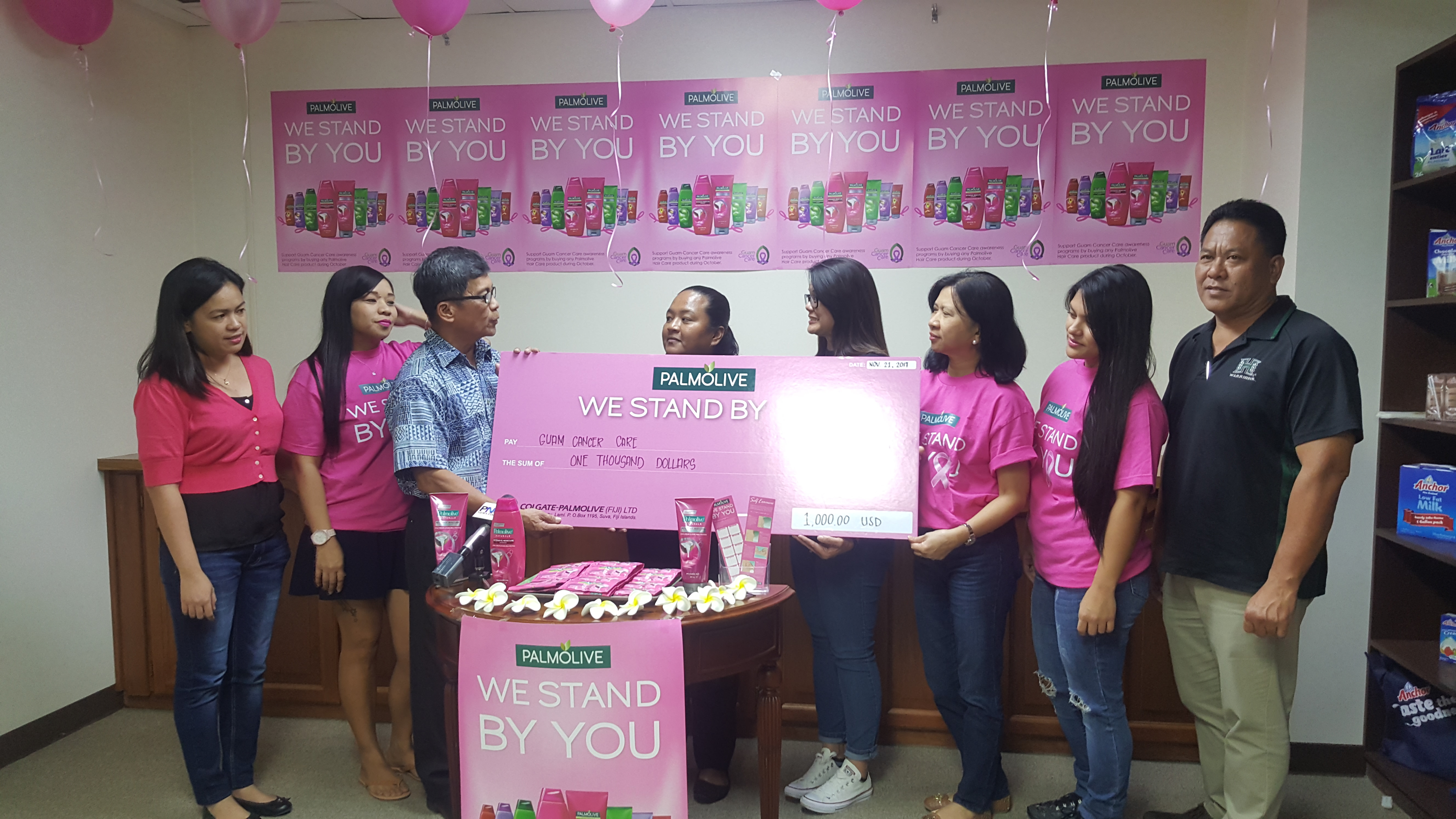 Guam – October was declared Breast Cancer Awareness month and to help raise awareness the Micronesian Brokers Incorporated, an affiliate of Jones and Guerrero and several island business joined together to organize a campaign raising money for the Guam Cancer Care.

MBI has been on island for over forty years, and throughout those years they have organized various campaigns to raise awareness and give back to the community. With October being Breast Cancer Awareness month MBI General Manager Hermie Queja and his team put together the “We stand by you” campaign.

“One thing abour Colgate, Palmolive is that they have been very supportive of a number of community programs and these programs are designed to help make the world a happier and healthier place to live in. This donation was made possible through Palmolive’s pledge to donate 20 cents for every Palmolive product purchased in these eight stores,” shared Queja.

The campaign ran through the month of October at the following stores, San Jose Supermarket, Island Fresh, Cost-u Less, Hafa Adai Market and 7-Day Supermarket in Harmon and Yona.

Queja says he hopes the campaign becomes an annual event as their efforts raised $1,000.00 which was donated to the Guam Cancer Care.