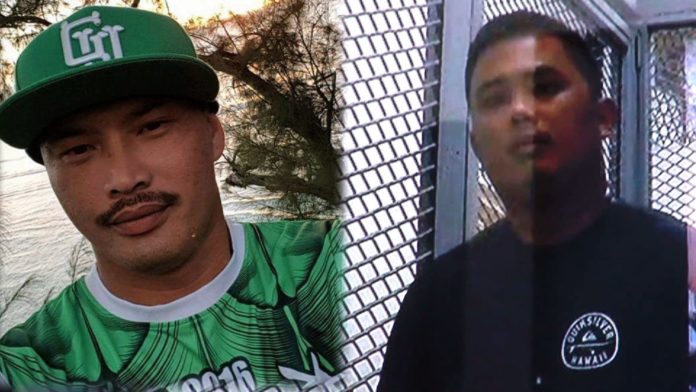 Guam – What was supposed to be a night of celebrating the Chamorro culture turned into a night of tragedy. Two employees of Atkins Kroll Toyota got into a fight Friday night with one ending up dead and now the man police believe is responsible is being held on $100,000 cash bail.

“Officers from the Tumon Precinct Command responded to an injured person’s call at the parking lot of Atkins Kroll Toyota in Tamuning. Now, prior to their arrival they were informed that [Guam Fire Department] personnel were conducting CPR on the 35-year-old male who was unresponsive at the time. He was transported to [the Guam Memorial Hospital] where he was pronounced deceased around 11 o’clock by GMH attending physicians,” said Guam Police Department Spokesman Sgt. Paul Tapao.

Tapao explains that the two men had gotten into a physical altercation when the fight turned deadly.

According to police, Pangelinan attempted to cover up the attack by claiming Manglona started the fight after Pangelinan returned from a beer run. Police say Pangelinan tried to claim self defense.

But when he was shown surveillance footage indicating that Pangelinan continued to assault Manglona while he was on the ground, Pangelinan changed his story.

The report says both men were fighting each other when Manglona fell to the ground. From there, Pangelinan is accused of repeatedly kicking and punching Magnlona in the head and chest area. At one point, while Manglona is in the fetal position, Pangelinan allegedly punched Manglona in the head which caused it to bounce off the pavement.

Chief Medical Examiner Dr. Aurelio Espinola says these repeated blows to Manglona’s head is what caused his death, noting he died of a subarachnoid hemorrhage or bleeding of the brain. He ruled Manglona’s death a homicide.

Pangelinan was arrested a day later and charged with first degree murder and aggravated assault. He appeared in Superior Court today for a magistrate hearing where Magistrate Judge Benjamin Sison ordered Pangelinan to be held on $100,000 cash bail.

“We are all saddened by this news and we wish to extend our prayers and deepest condolences to Leebrick’s family. We have arranged for counseling for any of our employees should they need any emotional support over this traumatic event,” said AK Communications Director Ernie Galito in a statement.

Pangelinan’s next hearing is scheduled for April 5 at 4 p.m.