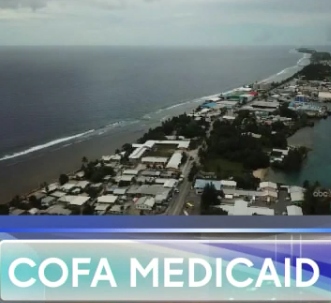 One of the features of the new federal relief bill that’s making its way through Congress is the readmission of migrants from the Freely Associated States into the Medicaid program.

Many say this will benefit Guam financially and also that it’s the right thing to do.

Ever since migrants from the Freely Associated States were barred from qualifying for Medicaid in 1996, many have come to rely on the Medically Indigent Program, also known as MIP.

Medicaid does cover FAS migrants for emergency services but it doesn’t provide coverage for outpatient services or dental services.

MIP is locally funded by the Government of Guam.

There are currently more than 8,600 FAS migrants on the MIP program.

Arcangel says that accepting the FAS community into the Medicaid program will provide significant savings for the local government.

“We support what the Congressman is trying to do because that will help alleviate or remove the responsibility under the MIP program. So any additional services that can be covered under Medicaid … that will help the government of Guam,” Arcangel said.

“It shows what a pandemic can do to a population that you have welcomed and are among you and then America has dropped the ball on the healthcare commitments they made to them..and now they see how having an uninsured population among themselves can be hurtful to everybody,” Leon Guerrero said.