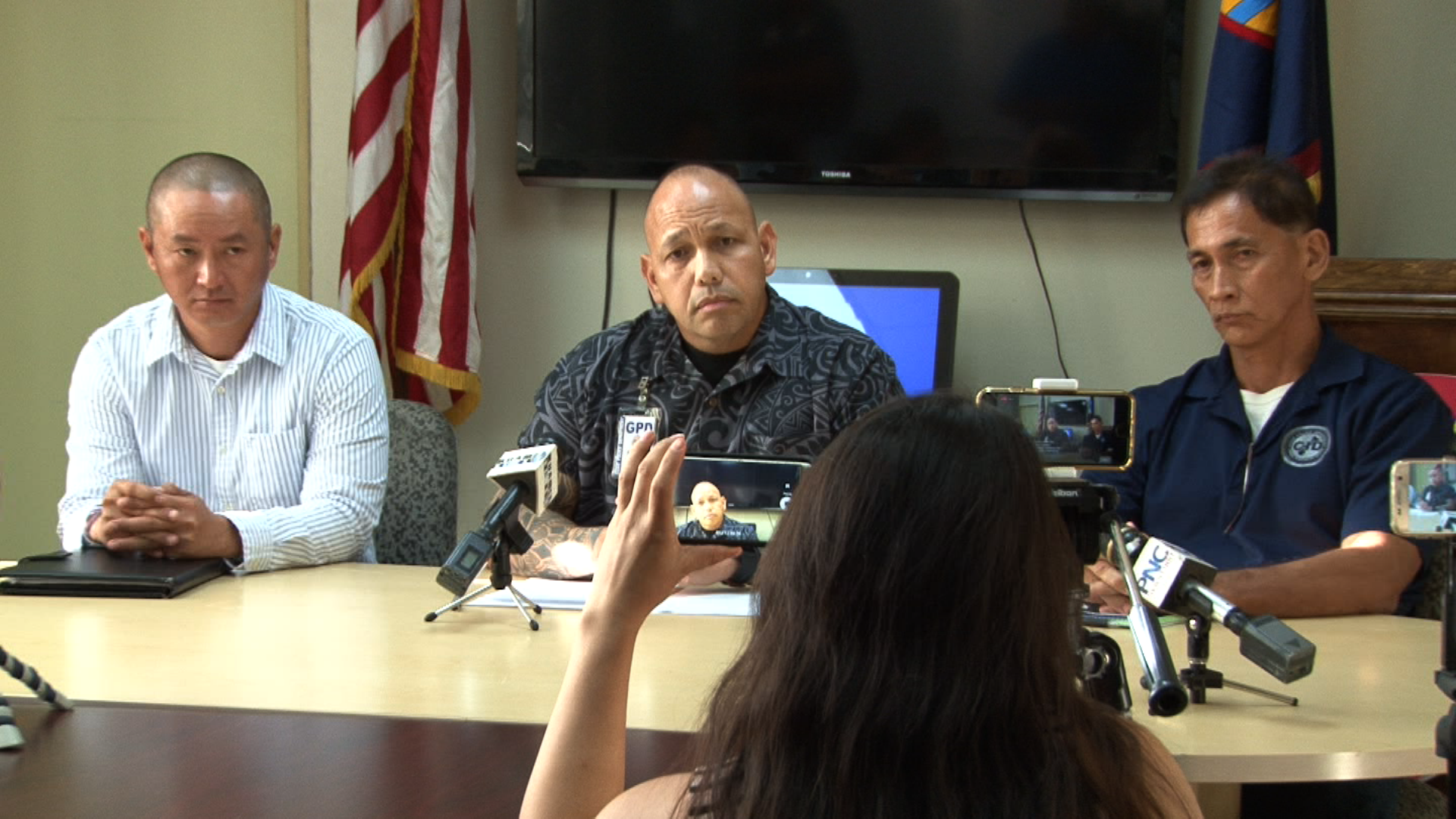 Guam – Medical Examiner Dr. Aurelio Espinola has confirmed the identity of the one of the two shooting victims as 18-year-old public school student Brokey Thamaso.

Espinola ruled Thamaso’s death a homicide, noting he died of a gunshot wound to the head “through and through.” The bullet, said Espinola, entered the right side of Thamaso’s head and exited through the left side of the victim’s head.

During a press conference held late this afternoon at the Guam Police Department’s Tiyan Headquarters, Chief of Police J.I. Cruz noted that Thamaso, the second shooting victim and the suspect, Joseph Sagdal, 24, may have gotten into an altercation earlier in the day.

Cruz also said they are exploring the possibility that other individuals were involved in the incident.

In a statement, Guam Department of Education Superintendent Jon Fernandez confirmed that one of the victims is a GDOE student.

You can read his full statement below:

“We are aware that a GDOE student was shot Sunday evening and our condolences go out to the victims and families of all involved,” said GDOE Superintendent Jon Fernandez. “We will ensure that the Guam Department of Education is providing all supports necessary at the school level. We will not be releasing any further information until law enforcement completes its investigation and makes other information publicly available.”