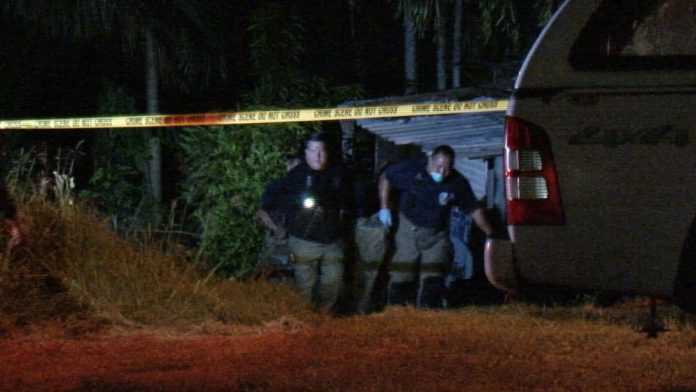 Guam – The Medical Examiner’s Office has been ordered not to release the result of an autopsy performed on a Chalan Pago man who was found dead near his home over the weekend.

Neighbors identify the man discovered on Saturday afternoon as John “Tungon” familian Blas. According to his neighbors, John “Tungon” is how he always introduced himself. He was in his fifties and had lived in the wood and tin structure for over five years with his girlfriend on Chalan Chirik street in Chalan Pago.

The day before his body was discovered his neighbor shares that John had shared the evening with them drinking and that everyone left around 10 p.m. The next day the neighbor shares that her minor nephew found John laying near a Lemai tree and banana tree outside his homes.

Following his death PNC was on site and spoke to GPD Spokesman Sgt. Paul Tapao, who shared a few details about the investigation.

“Officers received information from Guam Fire Department medics of the discovery of a lifeless and unresponsive male here at a home along Chalan Chirik. So it prompted GFD medics to contact GPD. Our officers arrived shortly thereafter, they made an assessment of the lifeless male and they discovered injuries to the male individual. Our officers immediately contacted GPD CID to assume the investigation,” said Tapao. “We are still trying to map out the time frame of when the body was there or when the victim was there so we still have a lot of work to do. This is what we call our preliminary state of our investigation.”

At this point all we know is that John was alive and well at 10 p.m. the night before his body was discovered. But what occurred from that time until the next day at 12:58 p.m. is unknown. Neighbors say that they are not sure what happened and told PNC that there was no commotion, shouts for help or anyone seen out of the ordinary in the area leading up to his death.

“Normally around here there is no trouble or anything like that, so this is actually the first time and it’s a shock to all of us.” shared the neighbor. The neighbor recalls John as being friendly and family oriented, “he brought us special gifts for the kids whenever he had a project he has toys or anything the kids can use to keep themselves occupied, a learning tool, he was just that type of person that cared about the next person next to him like neighbors.”

John’s neighbor says that, “he was a healthy guy he always went out and did side projects like bush cutting to make money.”

For now John’s death is a mystery as GPD works to uncover the events surrounding his death.

“We are classifying this as a death investigation. Our officers still continue to conduct interviews. We are still working on the scene and we are going to continue canvassing the area. As of this time I can’t release any other statement other than the fact the Guam Police Department is launching a death investigation relative to this case,” said Tapao.

The case will remain classified as a death investigation pending the results of an autopsy which will determine the manner of death and cause of death.