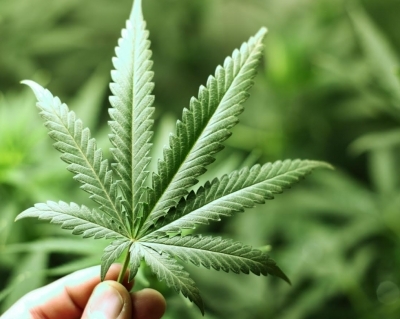 The bill requires Rev&Tax to issue licenses to medical marijuanana growers, manufacturers and dispensers. It also establishes the fees required for licenses.

Guam – Senators discussed bill 69 or the medical cannabis bill this morning(Thurs.). The measure would require the Department of Revenue and Taxation to issue licenses for medical marijuana growers manufacturers and dispensers. The bill essentially lays out the foundation for the licensing program along with the proposed fees for these licenses.

Bill 69 was sent to the voting file today(Thurs.). The measure requires the Department of Revenue and Taxation to issue licenses for the cultivation manufacturing or dispensing of medical marijuana. A substitute version of the bill was introduced yesterday(Weds.).

“I thank the author for the substitute version. I think it’s conducive to the intent of the original law to not have that intermediate license requirement that would just really prolong and create an extra burden to those who are applying and I think that these business licensing fees are very important for the Government of Guam and its regulation of this endeavor and so I commend the author and I rise in support of the bill,” said Vice-Speaker Therese Terlaje.

“Our residents with cancer, multiple sclerosis HIV, aids, epilepsy and other medical conditions as defined in the Joaquin K.C. Concepcion Compassionate Cannabis Use Act of 2013 would benefit from medicinal cannabis have been waiting for four long years for significant movement on medicinal marijuana. Passing this bill into law would enable business licenses to get into the hands of the entrepreneurs who are ready to get this industry off the ground and running the bill clarifies existing public law and allows the Department of Revenue and Taxation to begin issuing cultivation manufacturing dispensary or laboratory business licenses to applicants. The bill speeds up the process for applicants and was drafted in response to public hearing testimony. We still have a long road ahead before patients can start benefiting from medicinal marijuana but I believe this bill is a leap forward from residents who are suffering and in need,” said the bill’s author Senator Joe San Agustin.

Senators also added bill 101 to the agenda. The measure amends the Triple A process.