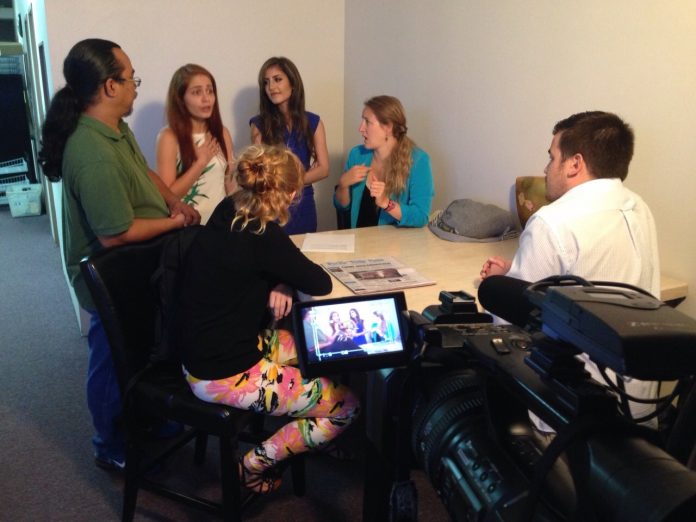 Members of the Deaf and Hard of Hearing Community sat down to discuss some of the issues facing the community here on Guam. Part one focuses on the Deaf Community on Guam.

Guam – Members of the Deaf and Hard of Hearing Communities are speaking out about some of the challenges they face and the issues they believe need to be addressed on Guam. This is the first of a two part series that aims to raise awareness. We begin begins with the deaf community.

“I’ve been working at GAD for many years and..I’ve been trying very hard to work with the Gov. and work with the legislators so that we can give more services and equal access for all deaf people and hard of hearing g people on Guam, but its still a struggle, a daily struggle,” said Pangelinan

The Deaf and Hard of Hearing Communities on Guam are loud and proud. Chris Pangelinan, President of the Guam Association of the Deaf, and fellow members within the community sat down with PNC in an effort to raise awareness about some of the issues they face on Island. Focusing on just the deaf community, Pangelinan says they are underserved and want to be treated equally. As a long time government employee, Pangelinan says that while the government does provide some services, it is and has not been 100 percent accessible. He points to the general needs pertaining to the deaf community.

“I mean I’ve got a video phone where I can make calls and access, I can do things that meet my needs in terms of work basically. But the fire alarm? That’s not accessible, that’s not safe for me, and I don’t know when the alarm is going off?  The office doesn’t have any windows. So how am I supposed to know when people are going?” said Pangelinan. “It would be great if they put a fire alarm with flashing lights on, so then I could see it when its going off. For safety reasons and things like that just some little accommodations to make the environment a little more accessible for me.”

“Me personally, I’ve seen, this is my fourth time coming to Guam, I come every summer, I see deaf events happening, I see more deaf people getting together and spreading more awareness about their culture,” said Redinger

An example of this progress is something DISID Director Benny Servino talked about in an earlier interview with PNC, which is what led PNC to reach out to Redinger and Pangelinan to understand their point of view. Pangelinan and Redinger emphasize the need to spread the message of inclusion.

The Manha Project is hosting a free summer camp for deaf individuals. For more information you can contact them at 646-4601. Stay tuned for part 2 where PNC sits down with members of the Hard of Hearing community on Guam. Special thanks to Heather Zimmerman for translating.