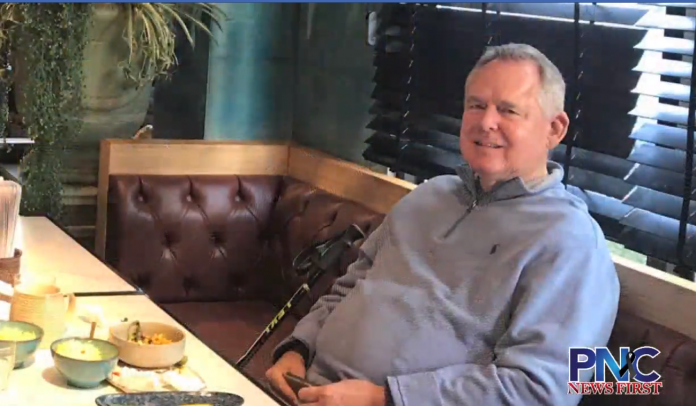 Guam – The room was filled with emotions as family, colleagues, and friends of Rex Sorensen bid their final goodbyes in a heartfelt memorial honoring Guam’s media giant.

This was more than just a final goodbye. Today was a promise to keep a legacy growing and thriving. It was about remembering the dedication, drive and time the father of talk radio, Rex Sorensen, put into getting the Sorensen Media Group where it is today.

To see the impact Rex has had on his employees and the industry filled his children’s eyes with tears of joy.

“When my sisters and I got here to start remembering my dad, my sister was walking through customs and I was asked if I was Rex Sorensen, if I was him, or if I knew him. He even said he was a great guy,” said Jay Sorensen, Rex’s son.

“My dad loved Guam,” Jay continued. “When we moved here, I was about 12, I think. He told us it was a seven year plan, but well, it’s been 30-plus years, Now that he has been here so long, we understand that his plan was to be here  and this is where he belonged. It is so wonderful hearing all the things you guys have said about my father. It’s just amazing to see how many people he impacted how many came by. It’s been wonderful to know that.”

Close friends of Rex also shared their memories of their interactions and the sense of always feeling like more than just a friend, but a family member to Rex.

“I have known Rex off and on for about 20 years. He was a good friend he was about 20 years older than me, so he was old enough to be my father, but he treated me like a younger brother. Every single time he left in 20 years no matter what we were talking about he would always end the conversation by saying, ‘Don’t you think it’s incredible? How did we get so lucky?” Mark Baldyga said.

“Rex had a rare quality that few people nowadays have,” Jerry Ylingling said. “He was a decent human being. He was a good man. In the 30 years that I have known him I have never heard him speak ill of anyone, even people who would do him wrong. That’s a rare quality. When you think of his generosity, think about what he has done for this island.”

“He has touched thousands of people on this island,” Ylingling continued. “People who never knew him, people he will never know. That’s an amazing accomplishment.”

And while Rex may be physically gone from this world, his family, friends, colleagues and all of us here at Sorensen Media Group can’t help but picture our founding father and the father of talk radio joining up in heaven with Jon Anderson and Travis Coffman to begin a new broadcasting adventure.

His wife Mimi Sorensen said, “Thank you everyone very much for your kind words about Rex. The respect and honor shown for him has given us all comfort.”