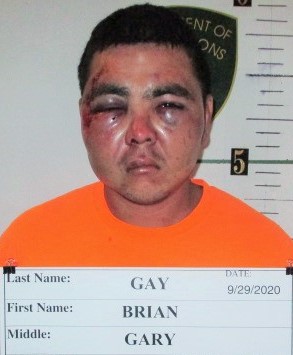 On Monday, September 28, at around 10:00 pm, officers assigned to the Dededo Precinct
Command responded to a disturbance at Rios Apartments in Dededo.

Preliminary police reports suggest that an altercation occurred between two men and residents of Rios Apartments.

Wanting to avoid any further confrontation, they retreated into their home only to be
followed by the men who forcefully gained access into the home.

Through the course of the altercation, a neighbor provided assistance to fend of the attack in which police arrived shortly thereafter.

Both Brian and Timothy Gay were subsequently booked and confined at the Department of Corrections.