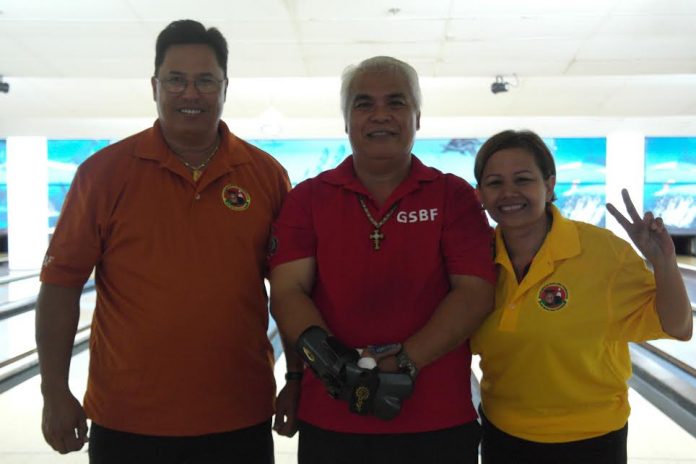 Tamuning, Guam – Twenty finalists took to the lanes on Sunday, December 15, 2013, 9:30 a.m. at the Central Lanes Bowling Center and one came away with the title 2013 Guam Senior Bowler of the Year.

With all scores from the previous round erased, a new set of three games was contested amongst the top 10 qualifiers.  Kathy Mandapat took pole position with a 624 total including 60 pins of handicap and 20 bonus points followed by Norison Catbagan 607, Joe Mafnas 590, Jhun Viray 577 and Jim Pinaula’s 571 who moved to the knock off rounds.

The first knock off round witnessed Asian Intercity Senior’s Singles event champion Jim Pinaula slip by Jhun Viray 207+8 handicap and Joe Mafnas 182+17 as he banged a 227 scratch game to advance to the semi-final match against Norison Catbagan.

The finals featured Kathy Mandapat against Norison Catbagan on lanes 17 and 18 in a best 2 of 3 games format.  Catbagan outclassed the higher seed 204+5 to 157+20 in the first game.  In the second game, Mandapat took an early lead on Catbagan as the later opened with a split on the second fame.  However, Catbagan found his groove and began striking, first with a turkey on the third to fifth frame followed by another set of strikes to close out the game and erase the handicap deficit for the crown on a set of 181+20 to 231+5.