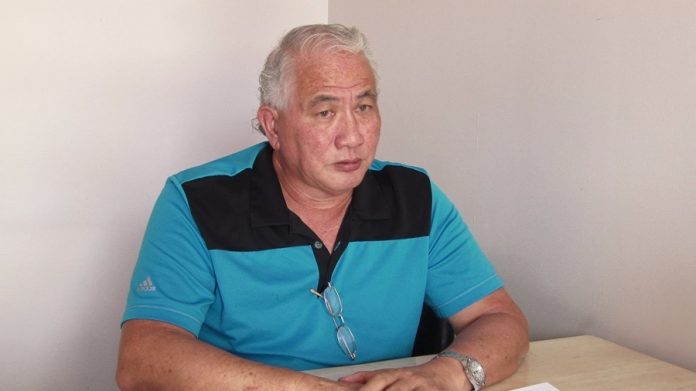 Mesa believes an adverse action he was given on July 14th was in retaliation for approaching the GDOE board about John Fernandez’s alleged sexual harassment of a student.

Guam – Former JP Torres Principal Euleterio Mesa was served an adverse action on July 14th but he believes it was in retaliation for approaching the GDOE board members about Superintendent John Fernandez’s alleged sexual harassment.

A student at JP Torres has accused Fernandez of sexual harassment surrounding an alleged text message. Mesa says after he brought this up to the board and after the issue hit the media he was served an adverse action on July 14th and he was transferred out of JP Torres to the office of federal programs. The adverse action was for an incident in which the same student who is accusing Fernandez of sexual harassment changed clothes in Mesas office while he was a principal at JP Torres. Mesa says he didn’t allow the student to change in his office and told her to leave but the student ignored him and changed her clothes anyway while he was engrossed with work and busy looking at his computer. Some staff members then noticed the girl leaving his office with different clothes on and reported it. However Mesa says nothing was given to him until the 82nd day from the date that management was made aware of the incident which he points out is in violation of the 60 day rule which requires that adverse actions be issued within 60 days of the point at which management is made aware of the incident.

“Never would I allow male or female students to change in my office and I think that’s the reason why the 60 days passed because they didn’t find anything unless they’re looking for dirt now,” said Mesa.

“If there’s anybody’s being blackmailed it’s me because the chairperson of the board met with me on the 13th and the vice-chair that ‘you know this money this money that you and the Superintendent are working on would eventually come to my desk’ and ‘Ely I’m counting on you to resolve this matter’” said Mesa as he recalled what the chairperson and vice-chair said to him. “Now that’s blackmail pure and simple,” said Mesa.