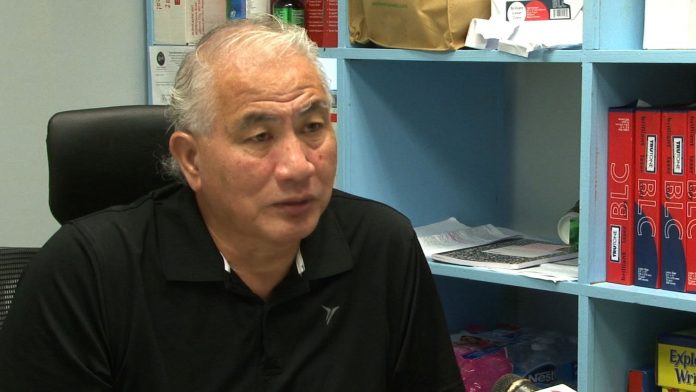 On Wednesday, a JP Torres student, filed a sexual harassment and harassment claim against Eleuterio Mesa, a former principal at JP Torres school.

Guam – Eleuterio Mesa has been placed on administrative leave following a sexual harassment and harassment claim by a JP Torres student. GDOE acting superintendent Joe Sanchez says Mesa’s appointment as acting assistant superintendent has been rescinded. Sanchez says GDOE will now be conducting an internal investigation into the allegations.

Sanchez also says that the student filed similar claims with the school on Thursday morning.

That same morning, Mesa responded to the allegations in an interview with PNC.

When asked if the allegations are true or false Mesa said, “On what I read so far, its false, but let me explain.”

On Wednesday, a JP Torres student, filed a sexual harassment and harassment claim against Eleuterio Mesa, a former principal at JP Torres school.

Santos, who is the former best friend of the student who filed a sexual harassment complaint against GDOE superintendent Jon Fernandez says Mesa made inappropriate sexual statements to her and to the student. Mesa, meanwhile, doesn’t deny a conversation took place.

“It was brought to my attention that somebody is having sexual activity in this abandon house and [the students] name was mentioned,” said Mesa. “So I called her in and asked her what was going on. She volunteered and told me that, ‘why would I do that Mr. Mesa I am a virgin.’ That’s the conversation that we had. I didn’t ask her whether she was a virgin.”

According to the student, Mesa told her and another student, in his office, that they were pretty and asked them if they ever had sexual intercourse or if they were virgins.

PNC: “But you never asked her willingly if she was a virgin?”

“Why would I ask her about that, it’s none of my business first of all. 39 years of service in DOE and I don’t do those things,” said Mesa.

But there’s also the harassment complaint against Mesa towards the student’s mother. Mesa did not deny talking to the mother.

“I did talk to the mother and of course the mother was kind of upset that I was trying to talk to Ashley. So, I did talk to her to encourage her to tell the truth,” said Mesa.

Mesa says he wanted the student to tell the truth regarding the sexual harassment allegations brought against ousted GDOE superintendent Jon Fernandez.

Sanchez says GDOE personnel and rules and regulations allow for up to 20 days of paid admin leave during an investigation.