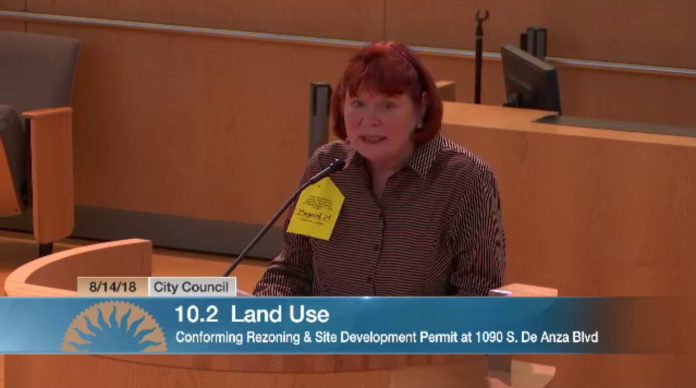 Guam – Defending her work in Washington D.C. following a PNC report questioning her whereabouts, Margaret Pudding Metcalfe says the proof is indeed in the pudding.

You may not hear about her work, but Metcalfe says all you have to do is “take a look at how much attention our governor is getting.” And that, apparently, should suffice.

After we aired a story questioning Washington DC liaison Margaret Metcalfe’s work in light of her office’s closure and her testimony in California where she claimed to have paid taxes, Adelup released a statement defending her work.

The governor’s office also claimed that they informed the media, including PNC, that Metcalfe’s office had closed down due to budget cuts. To be clear, PNC was never informed of such.

One word against another on the office’s closure distracts from the central question, what have you done for me lately?

“[Governor Calvo] has met and spoken with the president on numerous occasions, the vice president, all the secretaries. We’re getting things moved on [the Guam Memorial Hospital], on funding for COFA and having some, a bar of ideas at the table while the new Compact is being renegotiated. We’re trying to help with the Naval Hospital. We’re working with DOD and the [Veterans Affairs] hoping that they make the Naval Hospital a designated test center like they’ve done with the James Lovell center in Chicago so that our veterans in the Pacific have real time comprehensive health care,” said Metcalfe on News Talk K57’s Morning’s with Patti.

But without a physical address, how is Metcalfe getting work done?

“I conduct business from the sidewalks, from the café, from the coffee shop, from metro, from anywhere you put me, I’m working with these people,” she noted, adding, “oftentimes most of these people are more accessible via the phone or via teleconference or via a video conference as opposed to being able to come to my office so that has not hurt me.”

But when it was suggested that some kind of regular update with the people of Guam might help her cause, especially when there’s not much known about her work in D.C., Metcalfe responded:

“The concerns that I have is that people will look at this and they’ll say well gee why aren’t I appraising everyone of it. I had no budget, I have no staff, I have no office, I have a directive and that is to impress everyone here that Guam is where we are and who we are and that we are America’s Gibraltar and without us, Americans will not sleep well at night,” she said.

Host Patti Arroyo, however, countered her arguments: “I think that the larger issue is that none of us know. We don’t have to be on the phone to ask you and question you about your job if we knew what it has been all along. That’s the only thing. We’ll close that issue because again you’re saying that you’re too strained to be able to offer like maybe regular updates or a newsletter about what you’re doing.”

So without a regular appraisal of her work for the $102,000 she’s paid to advance Guam’s issues in the nation’s capital, how would the people of Guam know they’re getting their money’s worth?

“All you have to do is take a look at how muich attention that our governor has been getting from the vice president and the president. He’s met with every secretary and every administrator and every director in D.C. This is unprecedented. This does not happen in a vacuum. This happens because there’s someone here whose boots are on the ground,” she lamented.

Metcalfe also clarified that she does not live in California and that the testimony she provided against a hotel development was made on behalf of her business in Silicon Valley and the community that resides there. She says she happened to be in California for a baptism when she was asked to testify before the city council.