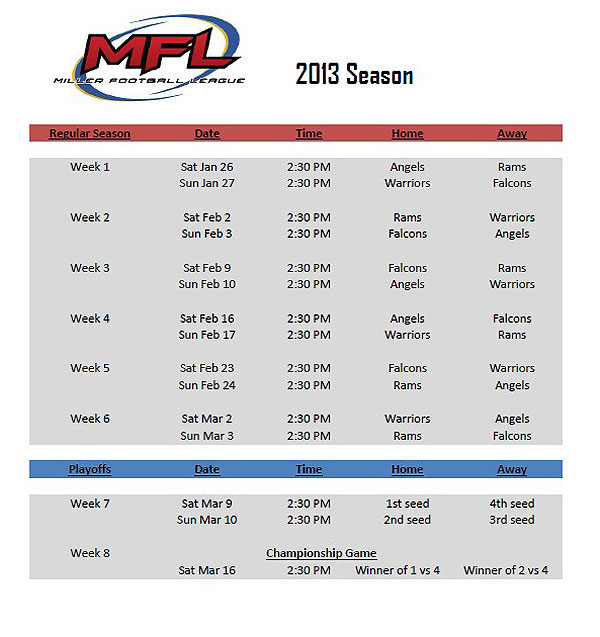 The Cars Plus Rams receives the first win of the 2013 season.

Kick off will happen on Sunday, January 27, 2013, at UOG field at 2:30pm between the Pepsi Warriors and the Chili’s Falcons.