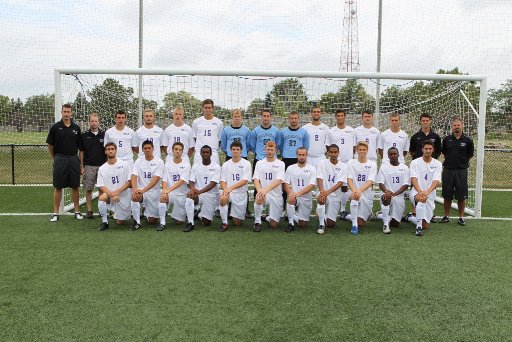 Guam – Micah Paulino, a soccer standout on Guam, is representing the island well as he plays for a top tier college soccer team in the East Coast.

Paulino is attending Niagara University in upstate New York and is currently playing for the NU Purple Eagles men’s soccer team. He plays the midfield position.

The team plays in the highly competitive National Collegiate Athletic Association (NCAA) Division 1 – the Metro Atlantic Athletic Conference. The team made its first ever appearance in the MAAC Tournament Final in 2009.

Paulino was a soccer standout throughout his younger years, having played at Harvest Christian Academy, during his middle school years and his freshman through senior years at Father Duenas Memorial School.

He has also played for the Guam Football Federation National Team since 2005 and remains active in the team’s roster, ready to play and represent the island. He is the son of Benny M. and Berni Paulino of Malojloj in the village of Inarajan.

Niagara University was founded by the Vincentian Community in 1856. It is a private liberal arts university with a strong, value-based Catholic tradition. The university is at the northern limits of the city of Niagara Falls, N.Y., about four miles from the world-famous cataracts. Over 3,800 students are enrolled in its undergraduate and graduate programs.