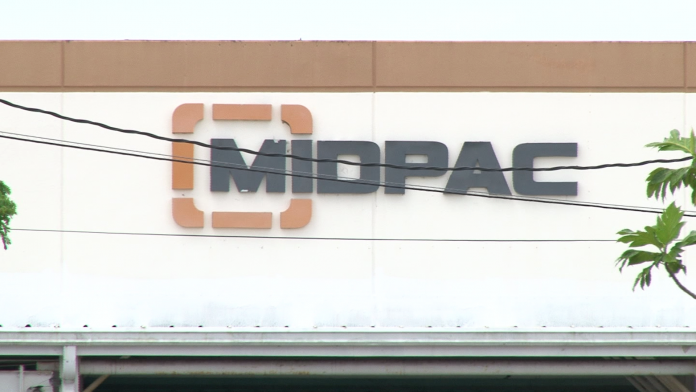 Guam – Following news of tobacco manufacturer Philip Morris paying MidPac Distributors a visit, insiders are now speculating that the Bureau of Alcohol, Tobacco, Firearms and Explosives may be next to show up to their doorsteps, if they haven’t already.

Sen. Michael San Nicolas who turned to the ATF to dig into MidPac’s tobacco importation practices, tells PNC that he can neither confirm nor deny whether the ATF is on Guam. But he did say that he’s been in contact with the federal enforcement agency’s Seattle offices and that they’re tracking MidPac’s unpaid taxes closely.

“I cannot confirm or deny if they have sent resources or additional personnel,” San Nicolas told News Talk K57 host Andrea Pellacani. “I can say that they are exploring the various avenues of jurisdiction and they have forwarded the question to further clarify with their offices out of the D.C.”

After news surfaced earlier this month that the Department of Revenue and Taxation had filed a $14.7 million tobacco tax lien against Mid-Pac last year for the nonpayment of taxes over a three year period, San Nicolas contacted the ATF. But why the federal government?

The ATF is tasked with tracking the illegal diversion of alcohol and tobacco products. According the Justice Department’s Office of the Inspector General, diversion involves efforts to evade state, local or federal tobacco taxes–reportedly a multibillion-dollar black market.

MidPac says it discovered issues with its reconciliation of tobacco taxes, brought it to Rev & Tax’s attention and is paying its local debt in installments. But there may be bigger implications.

According to a report published last month by the Tobacco Control Research group in the United Kingdom, “growing and diverse sources of evidence indicate the tobacco industry remains involved in tobacco smuggling and that tobacco industry cigarettes account for around two-thirds of the illicit cigarette market.

“The tobacco industry therefore has a vested interest in controlling the global track and trace protocol system aimed to curtail this behavior. To this end, philip morris international adapted its pack marker system, ‘codentify’, to meet track and trace requirements, licensed it for free to its three major competitors who  then collectively promoted it to governments using front groups and third parties including companies claiming to be independent despite clear tobacco industry links.”

The report concludes: “governments should assume the tobacco industry seeks to control track and trace systems in order to avoid scrutiny and minimize excise payments.”

Based on the $14.7 million tax lien against MidPac, Sen. San Nicolas estimated the company brought in 98 million cigarettes or about 490,000 cartons of cigarettes during that three year period.

But what are the exact numbers? We reached out to MidPac today, asking if they would disclose the number of cartons they imported during the period of the tax lien and how much in taxes it actually paid during that three year period, not to include the payments they are making now as part of an installment plan.

“”The information you requested is proprietary and confidential. And just as any other business, Mid Pac does not disclose such information. Mid Pac has a longstanding relationship with Phillip Morris and is in regular communications with PM including regular visits both here and abroad. The smuggling accusations by a couple of local politicians are entirely baseless and Mid Pac has not been nor does it expect to be contacted by any federal agency regarding such scurrilous accusations,” said MidPac President and General Manager John T. Calvo, referring to Sen. San Nicolas and Speaker BJ Cruz as the “couple of local politicians.”

“One of two things happened here,” said San Nicolas on News Talk K57, “either there was an inadvertent reporting, but if that’s the case, and it’s only being for those three years, then Rev and Tax’s flags should’ve been going up when three years ago the tax collections fell through the floor. They should’ve seen this just in the collections alone. The numbers should’ve dropped off the cliff if that was the case. But I don’t think that was the case.

“I think what we’re seeing here is an attempt to try and just pay for the last three years and walk away from all the years beyond that because if there was standard of payment that was being upheld to but just three years was the lapse in enforcement, then everyone should have seen that.

“We should’ve seen that in the Healthy Futures [Fund] numbers where the tobacco taxes go, the whole Office of Finance and Budget should’ve flagged that. [The Bureau of Budget and Management Research] should’ve flagged that. We should’ve seen revenues drop off three years ago. We did not. And so that tells me that this is not a question of inadvertent tax payments; this is a question of underpayments that go beyond the three years and if that’s the case, then I’m further concerned that MidPac is putting out official statements saying that this was just one big mistake when if we go back further than three years, will that actually reveal it was a mistake? I don’t think so.”