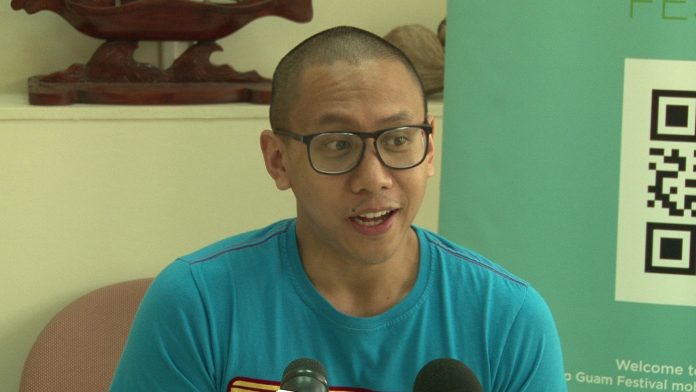 Mikey Bustos is a YouTube hit sensation whose parodies of Filipino culture using famous pop songs has been viewed millions of times.

Guam – Mikey Bustos. You might have heard of him. He’s a famous YouTuber who does Filipino parodies of pop songs. He’s on Guam and we sat down with him to find out why.

Youtube hit sensation turned Filipino celebrity, Mikey Bustos has found his calling in the form of comedy. You’ve probably seen one of his popular YouTube videos floating around on social media where he performs Filipino parodies of hit songs. It’s what he’s most known for. And now, Bustos is taking that level of YouTube comedy to Guam. His next musical parody will be about Guam.

“It’s going to be very Filipino. Our main, my love interest, her name is Carmela. She’s Chamorro. So there’s some Chamorro flavor in there. You’ll see very familiar sights in the video. So I’m very excited for it to come out,” Bustos says.

“It’s called Shopping and it’s a parody of one of Justin Beiber’s newest songs,” he adds.

Funny as he is now, comedy wasn’t always Bustos’ “thing.” In fact, Bustos didn’t grow up speaking Tagalog; he’s only now learning how to speak the Filipino language. But his accent, he says, comes naturally. It’s his bread and butter.

“And so I was born and raised in Toronto, Canada the Pilipino way. Thanks God,” he quips. “I wouldn’t say my Filipino accent is put on. I would say it just lives inside. Kasi, I learned English from my parents and that’s how they speak. So even before I went to school, I was speaking like dis. So dis is real.”

“And then when I went to school and I saw the other kids, I’m like, ‘Oh, that’s the way you speak English.’ So then I had to adapt to that. But I never porgot it. It’s still inside,” he jokes in the Filipino accent.

PNC: “Prior to coming to Guam, what did you know about Guam? Did you even know Guam?”

“Well I had heard about Guam. I heard it’s an island that you can go around it in half a day,” he says wittingly.

Bustos says he plans to return to Guam to do a show.

His Guam Shopping Youtube video is made possible through a partnership with the Guam Visitors Bureau, so make sure to look out for it.