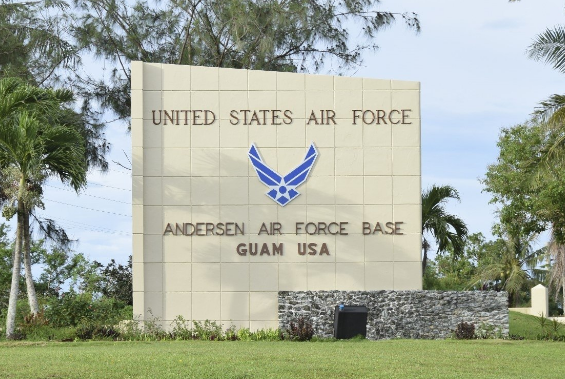 The Federal Aviation Authority is proposing the creation of restricted airspace — to be designated as R-7202 —  over the northernmost tip of Guam to facilitate the U.S. Marine Corps’ future live-fire training exercises at Anderson Air Force Base.

“The proposed restricted area would provide the protection required to contain these hazardous activities and the weapons safety footprints for the ordnance to be used within the proposed airspace,” FAA said in the proposed rule posted last week on the Federal Register.

With an altitude of 4,900 feet from the surface, the proposed R-7202 would be established on the northwest of AAFB, the site of the Marines’ live-fire training range complex.

“No hazardous aviation activities will be authorized in this area,” the proposed rule states. “Through analysis and a series of studies, proposed R-7202 has been identified as the only feasible area capable of supporting this level of training for USMC forces in the region.”

The live-fire training range is among the projects that come with the relocation of Marine forces from Okinawa to Guam.

“Failure to establish live-fire ranges supported by R-7202 would result in the inability to train and maintain combat readiness skills for Marines,” the proposed rule states.

In August 2017, the Naval Facilities Command awarded a $78-million contract to Black Construction Corp. for the live-fire training range complex at AAFB Northwest Field, located above the adjacent wildlife refuge in Ritidian. Construction work, however, has been suspended after the discovery of artifacts in the project site.

While the military currently holds live-fire training activities on Guam, FAA said it does not have sufficient range and special use airspace space for those exercises.

“These skills are critical to supporting USMC readiness for real-world operations. Activities conducted within the proposed restricted area include live-fire from pistols, rifles, and machine guns,” said FAA, which is proposing the special-use airspace in response to the Marine Corps’ request.

“While some of the specific (special use airspace) will be primarily used by one uniformed service over others, it is the intent that all of the proposed airspace actions will be used by all forward deployed (Pacific Command) forces,” the proposed rule states. “This will create the smallest footprint and allow for joint use of each type of airspace, posing the least impact to the airspace for all other users.”

The public has until April 19 to submit comments on the proposed rule. (Pacific Island Times)