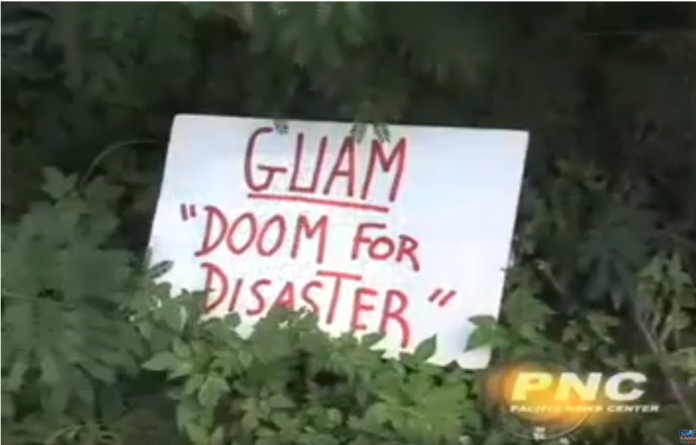 As the military begins reviewing its programmatic agreement with Guam and the CNMI, John Van Name, an environmental planner for the U.S. Navy Pacific Fleet, evaluates the possibility of splitting the agreement so that each jurisdiction can address its own issues.

“So there are pros to having separate documents that can speak precisely to the needs and the desires and the wishes of those communities and those offices,” Van Name said.

“There are also pros that folks feel that there’s one CHamoru people and there’s that inter-relationship between the history, the shared history between the CNMI and the folks here on Guam,” he added.

Representatives from the military, elected officials, and members of the Guam State Historic Preservation Office met on Thursday to discuss the preservation of the island’s historic properties.

“Today we had people who were really focused on these issues [and were] ready to engage and help us do the best job we can to make sure that we reach out and find out about properties we may not be aware of and issues that we need to be cognizant of,” Van Name said.

Van Name is a part of the Section 106 Environmental Consultation, an ongoing process to support the decades-long training in Guam and the CNMI.

Present at the meeting on behalf of Speaker Tina Muna-Barnes, was Sen. Kelly Marsh-Taitano, vice chair of the Speaker’s Committee on the Military Buildup.

“It’s important to keep attending these meetings, to keep making sure the community’s perspectives and the community’s resources are protected as much as possible,” Marsh-Taitano said.

But the defense aspect is a complex issue, Marsh-Taitano said.

“It may be a deterrent, [but] it may also be an attractant [as] some people have said. So it’s a very complex issue but certainly a lot of our community feel safer with having the military present here,” she added.

On March 19, an open-house style meeting is scheduled for a review of the Supplemental Environmental Impact Statement will be held at the University of Guam.